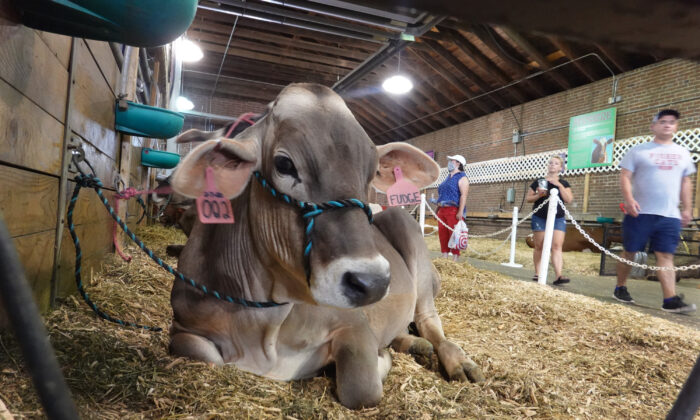 Fertilizer prices have risen during the past year, with several retail price tags going up by more than 100 percent, according to DTN, a Minnesota-based company that provides real-time weather, agricultural, energy, and commodity market information.

More than half of America’s large farmers are anticipating prices for inputs such as fertilizer and fuel to go up by more than 12 percent in 2022, according to a Purdue University poll.

Small farmers are seeing increases as well, and Jon Schwalls, executive officer of Southern Valley Fruit and Vegetables, noted that input costs went up tremendously in all sectors for their operations. The Georgia-based farm saw fuel prices increase by 48 percent during 2021. Packing materials cost 18 percent more, pallets went up by 75 percent, and refrigerants soared by more than 200 percent in the previous year.

Inflation in and of itself doesn’t affect small farms differently than larger farms, according to Fiona M. Scott Morton, professor of economics at the Yale University School of Management. If costs go up across the board, the changes hit operations of all sizes that depend on goods such as fertilizer and services such as transportation to operate.

Consumers saw price increases during 2021 as well, reflected in a 7 percent increase in the Consumer Price Index in December 2021, a 39-year high. Prices for food eaten at home rose by 6.5 percent overall from the year before, with some segments falling below this mark and others surpassing it. The index for meats, poultry, fish, and eggs rose by 12.5 percent during 2021, though it did fall by 0.4 percent in the final month of the year. Beef prices in particular rose by 21 percent year-over-year in November 2021.

Dairy and related products saw the smallest increase among the different food categories, with a rise of 1.6 percent in 2021. Fruits and vegetables rose by 5 percent year-over-year and by 0.9 percent monthly in December 2021.

In 2021, contracts that were made in advance may have helped some segments of the food category avoid price hikes. Producers that were able to make agreements for set prices over a certain period could have avoided increases while the contract was in effect.

New contracts will bring new terms that reflect inflation from the previous months.

“As these expire, there is going to be a hard reset,” Schwalls said.

While his farm has experienced input price increases, it hasn’t seen an uptick in demand for food produce, he noted.

“In order for us to maintain production, we had to provide raises, bringing our average wage from $24 per hour to $33 per hour,” he said.

Automating processes by adding machines is a cost that larger processors might be able to absorb, but smaller operations have limited options.

“A processing machine that would replace a laborer might cost half a million dollars, a cost we cannot consider at this time,” Campeau said.

A White House analysis of Tyson Foods published in November 2021 found an increase of 300 percent in profits for the company during the pandemic. The company responded that the numbers didn’t reflect data on rising input costs, increased fuel costs, supply chain issues, and labor shortages.

If a large processor sets a price for the cattle they’ll purchase from a small operator, the small farm typically has two choices: agree to the price, as it wouldn’t be cost-effective to pay to ship cattle to a processor that offers a better price, but is located further away, or sell at the terms established by the larger player.

The changes from federal aid won’t be seen immediately, as time will be needed for the investments to take form and become established, Morton told The Epoch Times. Still, the larger players could contemplate adjustments as they see the aid distributed and upcoming competition take shape, she said.

In the meantime, consumers may continue to see higher prices at grocery stores.

“We used to retail a 10-ounce striploin steak for $9,” Campeau said. “Now we are selling them for $14, with the exact same margin.”