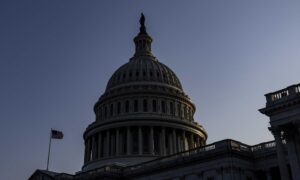 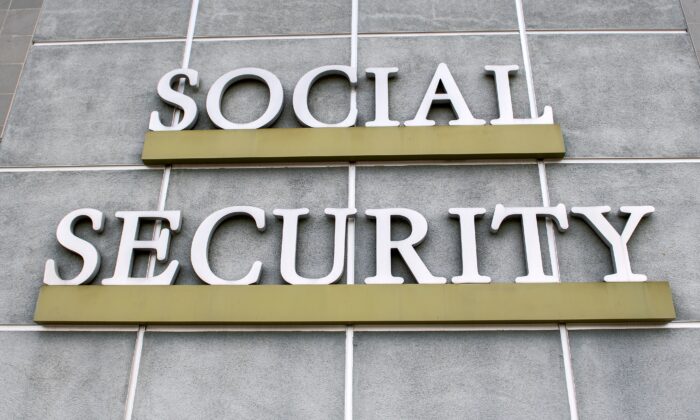 A sign is seen outside a United States Social Security Administration building in Burbank, Calif., on Nov. 5, 2020. (Valerie Macon/AFP via Getty Images)
Economies

Rising inflation and the price increases that come with it may lead to the highest raise for senior citizens in decades.

The Senior Citizens League predicted Thursday that the annual cost-of-living adjustment for 2022 Social Security payments could be the highest since 1983. The prediction comes as federal data this week showed two major signs of inflation, continuing a trend that has worsened this year.

“The estimate is significant because the COLA is based on the average of the July, August, and September CPI data,” said Mary Johnson, a Social Security policy analyst for The Senior Citizens League. “With one third of the data needed to calculate the COLA already in, it increasingly appears that the COLA for 2022 will be the highest paid since 1983 when it was 7.4 percent.”

The Senior League predicted an adjustment around 6.2 percent, “the highest in almost four decades.”

New data released Thursday by the Bureau of Labor Statistics showed that the producer price index, a key marker of inflation, spiked 1 percent in July.

“On an unadjusted basis, the final demand index moved up 7.8 percent for the 12 months ended in July, the largest advance since 12-month data were first calculated in November 2010,” BLS said.

Earlier this week, BLS also released data showing that the consumer price index, another major marker of inflation, has risen 5.4 percent in the last 12 months, much higher than the increase in 2020, which was a little over 1 percent.

“The all items index rose 5.4 percent for the 12 months ending July, the same increase as the period ending June,” BLS said. “The index for all items less food and energy rose 4.3 percent over the last 12 months, while the energy index rose 23.8 percent. The food index increased 3.4 percent for the 12 months ending July, compared to a 2.4-percent rise for the period ending June.”

Used vehicles saw a price increase of 41.7 percent over the last 12 months while natural gas rose 19 percent. In June of this year, the consumer price index saw its largest spike since the 2008 financial crisis.

The inflation figures have caused problems for the Biden administration as lawmakers and critics raise concerns about continued federal spending, and printing of currency that fuels it.

The administration has argued the inflation is temporary and will flatten out next year, though that has been disputed. The inflation concerns have also become a political football, leveraged by Republicans to oppose President Joe Biden’s agenda.

“Prices are up and wages are down thanks to inflation,” said Rep. Andrew Garbarino (R-N.Y.). “Americans can’t afford to pay the cost of Democrats’ out of control spending.”