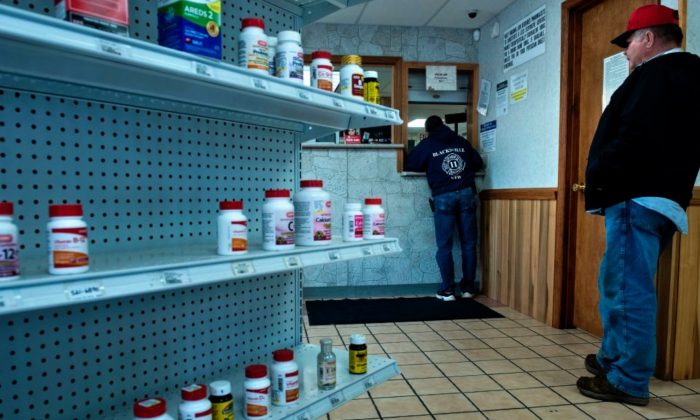 WASHINGTON—Rising health care costs have caused wage stagnation for decades, diminishing the prosperity of American workers, according to a new study.

A report issued by Willis Towers Watson and the Council for Affordable Health Coverage analyzes changes in hourly compensation for full-time workers between 1980 and 2015 and shows that the escalation of health care premiums has absorbed most of the pay growth, particularly for lower-income earners.

“While a number of economic forces have created barriers to the American Dream in recent years, one culprit generally overlooked is our singularly expensive health care system,” stated Sylvester Schieber, health care consultant and co-author of the report.

“Our analysis illustrates the escalation of health care premiums, which have absorbed most or all compensation growth in recent years for many workers—leaving little or nothing to add to their paychecks.”

Because of the regressive effects of higher health premiums on wages, the lower-earners suffered more financial pain than higher earners.

The study shows that for the bottom 60 percent of U.S. workers, higher health premiums have completely wiped out pay increases.

The report also lays out the dynamics driving health cost increases, which include “the growing consolidation of health care services, the regulatory approval process and patent protections for drugs, and inefficient or even harmful practice patterns in the delivery of health services.”

There has been significant consolidation of hospitals and other health service providers in recent years. According to the study, consolidation between competitors substantially increased prices without improving quality or efficiency.

According to OECD estimates, the United States spent nearly 80 percent more per capita on health care than Germany and more than twice as much as Canada, France, and Japan in 2016.

Despite spending more on health care than other countries, the report claims that Americans receive less in the way of good health care or good health. U.S. life expectancy is about 3.3 years less than in these other developed nations.

“It is a huge concern for us. As a small company, one of the bases for the competition is offering benefits. That attracts people, that attracts talent,” she said.

“I think, it’s going in a very bad direction.”

U.S. job openings surged to record-high levels this year, with job vacancies increasingly surpassing the number of unemployed workers. And the unemployment rate is 3.9 percent, near its lowest level in 18 years. Despite the strong jobs trend, lack of wage growth has been a disappointing element for economists.

There is a myriad of theories being advanced to explain the softer wage growth. According to the report, however, rising health care costs and their impact on wages have been ignored for decades.

“The forces driving our excessive health care spending have been widely documented and just as widely brushed aside for a long time,” wrote the report.

“The results show that rising health care premiums over the past 35 years have played a major role in wage stagnation.”

In 2016, average health expenditures in the United States rose to over $10,000 per person.

And the Affordable Care Act failed to fix health cost inflation, according to the report. Under an employer plan, average premiums for individual coverage increased by more than 18 percent between 2010 and 2017 and increased 22 percent for family coverage.

Meanwhile, compensation and wage growth were flat or negative for a large majority of the workforce.

“If we continue ignoring the reasons for our out-of-control health care spending, there will be destructive effects that exact an ever-higher claim on the American Dream of economic progress for all those willing to work for it,” Schieber stated.