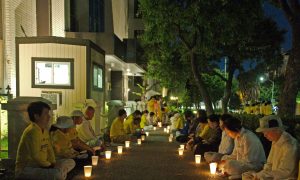 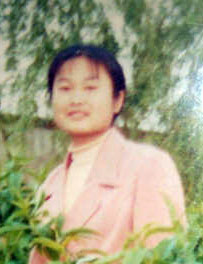 Liu Zhimei prior to the persecution of Falun Gong (Minghui)
China

In 1997, a young and talented Chinese girl from a poor rural family was admitted to the Department of Chemical Engineering at the prestigious Tsinghua University in Beijing. Aged 17, she had gotten the highest score in her province on a standardized exam. Academic staff called her a “golden phoenix” ascending from her home village in China’s northern province of Shandong. She was known in her community for her intelligence and industriousness.

Eighteen years later, this February, she was found dead in a well. She had a head wound and her body showed signs of years of severe torture.

Liu Zhimei had suffered a decade of persecution for her belief in Falun Gong. Detained illegally for over six years, she had been subject to a wide range of brutal abuses. Prison staff injected her with dangerous drugs that ate away at her nervous system and led her to insanity.

Liu was just one of an estimated 70 million to 100 million Chinese who had, by the late 1990s, taken up the spiritual practice of Falun Gong, also known as Falun Dafa. It was popular among a wide section of the Chinese nation, including intellectuals, civil servants, and even Communist Party members.

In July 1999, the Chinese Communist Party launched a statewide, and according to Chinese law, illegal repression of Falun Gong. Practitioners around China were rounded up into sports stadiums, and the practice was subjected to a round-the-clock propaganda barrage defaming it.

The case of Liu Zhimei was documented over the years by Minghui.org, a website run by Falun Gong practitioners that provides information about the practice and details about the ongoing persecution.

The persecution invaded all aspects of public life. In late 1999, Liu, along with other Tsinghua undergraduate students who practiced Falun Gong, were suspended and sent home, where authorities tried coerced them to sign political statements guaranteeing their renunciation of the practice and “exposing their wrongdoings,” or face expulsion.

Liu refused. She was kicked out of Tsinghua.

Since Falun Gong was a peaceful mind-and-body practice with no political agenda, it was commonly hoped that the initial arrests and denunciations were an ill-informed knee-jerk political reaction from the always-paranoid communist authorities, and therefore reversible.

In early 2000, Liu and other practitioners expelled from Tsinghua returned to Beijing to appeal to the authorities and clarify the peaceful and apolitical nature of Falun Gong’s teachings. Liu also tried to be to readmitted to Tsinghua, but faced only discrimination from the staff.

It was commonly hoped that the persecution of Falun Gong was reversible.

But the persecution of 1999 was no simple policy blunder, rather the start of a comprehensive effort by the Communist Party and its head, Jiang Zemin, to destroy Falun Gong at any cost. Under the aegis of the clandestine, extra-legal 610 Office, the police and legal forces of China were mobilized to arrest and convict Falun Gong practitioners across the country.

In Beijing and Tiananmen Square particularly, droves of practitioners unfurled banners and shouted statements in support of their faith. Police officers stood guard at all times to intercept and arrest them.

Along with other former Tsinghua undergraduates, Liu was detained by Beijing police in May 2001.

Liu Zhimei, now aged 21, was held at a detention center in Beijing, where she suffered a wide variety of maltreatments. Male prisoners cooperating with the police hung her up to torture her. “If you still refuse to tell us [other practitioners’ information], I will strip you naked,” one of them threatened.

She pleaded with them, “you are almost the age of my father, and I call you uncle [a form of polite address for older men], please don’t do that to me …”

In one Minghui report, another prisoner also detained for practicing Falun Gong heard from Liu her plans to continue studying after being released. She hoped to get a degree and support the children of other practitioners who suffered severe persecution.

The fellow detainee described how Liu talked about the principles of Falun Gong to other inmates. When Liu faced interrogation, she reportedly looked forward to the affair, seeing it as an opportunity to speak with the prison guards.

At one point, Liu was held in solitary confinement for two months in a tiny cell. She could hear painful screams all around her from inmates being tortured in the same block. She had no change of clothing or access to a shower. A camera monitored her around the clock.

“I recently heard that Liu Zhimei suffered a mental breakdown,” the practitioner describing their detention said.

In November 2002, Beijing court officials charged Liu with fabricated crimes and she was sentenced to 12 years in prison. She was taken to the city of Jinan, capital of Shandong, and held in the provincial Women’s Prison.

Tsinghua staff, including professors, kept coming to the prison, telling Liu that her sentence would be reduced and that she could resume her studies as long as she were to renounce Falun Gong. The pressure worked, and Liu signed the document renouncing her faith. She even participated in efforts to help prison staff “reform” other practitioners.

Liu had been deceived. She never heard from Tsinghua again.

Between late 2002 and 2008, when she was released, Liu was frequently taken to the prison clinic to be injected with dangerous mixtures of psychiatric drugs. She reported dizziness, blurred vision, hallucinations, and the loss of bowel control. When Liu met her sister-in-law in 2005, she was barely able to stand.

By the end of 2005, Liu was exhibiting symptoms of nerve damage, but when her father demanded medical parole for her, the authorities turned it down on account of Liu being a “political prisoner.”

Liu Zhimei was released in October 2008. Beating and torture had left her frail and disfigured, and wounds on the lower half of her body suggested that she had been sexually abused.  Liu had received one final injection, supposedly for a dental condition. For two days after getting home, she seemed normal and looked forward to going with her father to visit friends and relatives. On the third day, however, her speech and behavior became erratic, and she rapidly lost her memory.

Friends and family suspected that Liu’s last injection was not meant to treat any dental issue, as they found no evidence that her teeth were damaged. Rather, her sudden mental deterioration appeared to be an intended effect of the drug. They speculated that prison staff wanted to conceal their crimes by impairing Liu’s mental functions.

For Liu’s mother, already hard-hit by her daughter’s 12-year sentence, witnessing her condition collapse within days was too much. She died at the age of 62, three months after Liu’s release.

Her sudden mental deterioration appeared to be an intended effect of the drug.

Over time, Liu’s family began neglecting her, and her condition did not improve even under the care of several other Falun Gong practitioners.

In April 2010, Liu was rearrested along with the four practitioners assisting her. One of them, Gao Chunhong, had her home ransacked and many of her belongings seized. That May, an officer from the extra-legal 610 Office  stole a car belonging to another practitioner, Gao Jianting. Gao himself was arrested and tortured for seven days in detention.

When Gao tried to get his car back, the officer laughed it off, flaunting his status as a “black guard.”

Liu Zhimei was released after two days in detention. The police had stolen Falun Gong books, a television set, money, mobile phone, and motorcycle from the other practitioners.

No further news regarding Liu Zhimei surfaced until her dead body was found in the well of her hometown this February.

Qin Peng, a Tsinghua graduate and Falun Gong practitioner, heard about the death recently, and participated in the International Women’s Day celebrations in New York to raise awareness about her tragedy.

Now living outside China, Qin himself once spent five years in a forced labor camp. His knees still ache from the torture he suffered in captivity.

Families of Persecuted Faith Send Their Thanks From China

The tragedy of Liu Zhimei, Qin said, is only a small fragment of the Chinese Communist Party’s persecution of women and people of faith.

“Liu came to Tsinghua in 1997 and I met her at one of the many [Falun Gong] exercise sites in Tsinghua. She was a 20-year-old girl, very peaceful, quiet, and beautiful.”