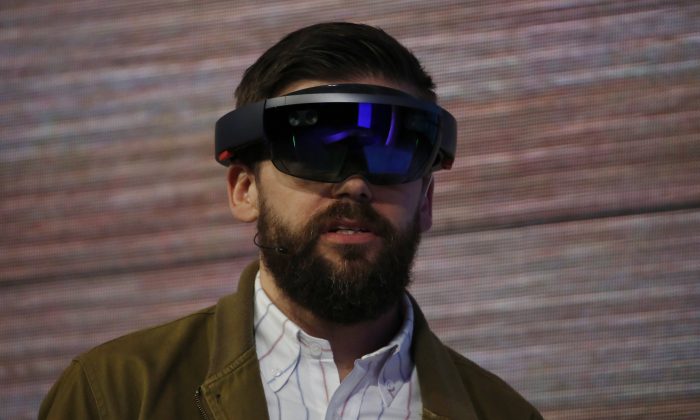 Rise of the Humans: Intelligence Amplification Will Make Us as Smart as Machines

In January this year Microsoft announced the HoloLens, a technology based on virtual and augmented reality (AR).

HoloLens supplements what you see with overlaid 3-D images. It also uses artificial intelligence (AI) to generate relevant information depending on the situation the wearer is in. The information is then augmented to your normal vision using virtual reality (VR).

It left a lot of us imagining its potential, from video games to medical sciences. But HoloLens might also give us insight into an idea that goes beyond conventional artificial intelligence: that technology could complement our intelligence, rather than replacing it, as is often the case when people talk about AI.

From AI to IA

Around the same time that AI was first defined, there was another concept that emerged: intelligence amplification (IA), which was also variously known as cognitive augmentation or machine augmented intelligence.

In contrast to AI, which is a stand-alone system capable of processing information as well as or better than a human, IA is actually designed to complement and amplify human intelligence. IA has one big edge over AI: It builds on human intelligence that has evolved over millions of years, while AI attempts to build intelligence from scratch.

IA has been around from the time humans first began to communicate, at least in a very broad sense. Writing was among the first technologies that might be considered as IA, and it enabled us to enhance our creativity, understanding, efficiency, and, ultimately, intelligence.

For instance, our ancestors built tools and structures based on trial and error methods assisted by knowledge passed on verbally and through demonstration by their forebears. But there is only so much information that any one individual can retain in his or her mind without external assistance.

Today we build complex structures with the help of hi-tech survey tools and highly accurate software. Our knowledge has also much improved thanks to the recorded experiences of countless others who have come before us. More knowledge than any one person could remember is now readily accessible through external devices at the push of a button.

Although IA has been around for many years in principle, it has not been a widely recognized subject. But with systems such as HoloLens, IA can now be explicitly developed to be faster than was possible in the past.

From AR to IA

Augmented reality is just the latest technology to enable IA, supplementing our intelligence and improving it.

The leap that Microsoft has taken with HoloLens is using AI to boost IA. Although this has also been done in various disparate systems before, Microsoft has managed to bring all the smaller components together and present it on a large scale with a rich experience.

For example, law enforcement agencies could use HoloLens to access information on demand. It could rapidly access a suspect’s record to determine whether that suspect is likely to be dangerous. It could anticipate the routes the suspect is likely to take in a pursuit. This would effectively make the officer more “intelligent” in the field.

Surgeons are already making use of 3-D printing technology to pre-model surgery procedures enabling them to conduct some very intricate surgeries that were never before possible. Similar simulations could be done by projecting the model through an AR device, like HoloLens.

Lately there has been some major speculation about the threat posed by superintelligent AI. Philosophers such as Nick Bostrom have explored many issues in this realm.

AI today is far behind the intelligence possessed by any individual human. However, that might change. Yet the fear of superintelligent AI is predicated on there being a clear distinction between the AI and us. With IA, that distinction is blurred, and so too is the possibility of there being a conflict between us and AI.

Intelligence amplification is an old concept, but it is coming to the fore with the development of new augmented reality devices. It may not be long before your own thinking might be enhanced to superhuman levels thanks to a seamless interface with technology.

Alvin DMello is a doctoral candidate at the Queensland University of Technology, Australia. This article was previously published on TheConversation.com