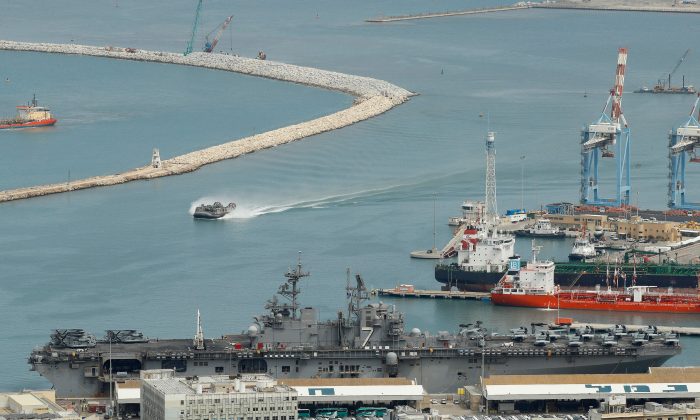 The rise of Indian tycoon Gautam Adani in the past few years has been coupled with India’s rapid growth and influence, against the backdrop of global economic downturn. As the United States shifts its global strategic focus to the Indo-Pacific region in response to the Chinese Communist threat, India’s strategic position is rapidly coming to the fore.

According to the latest Bloomberg Billionaires Index, Adani is the world’s second richest man, with a net worth of $143 billion, behind Tesla founder Elon Musk. He made headlines on Sept. 16 when he edged out Amazon founder Jeff Bezos, who now occupies the number three spot on the index.

Some analysts believe that Adani’s 10-fold rise in wealth is closely tied to his support for the infrastructure and green energy development programs promoted by Indian Prime Minister Narendra Modi, which led to India’s rapid economic growth last year amid the global economic slowdown.

At the same time, Adani has played an important role in helping to strengthen India’s global strategic importance. This includes his $1.18 billion bid in July to privatize Israel’s most important port, Haifa, halting China’s plans to take full control of the port.

In 2021, the Chinese-controlled Shanghai International Port Group built a container terminal across the bay from the Haifa port. The Haifa Bayport terminal was intended to serve as a key “Belt and Road” node for the CCP and a strategic presence in the Mediterranean.

Speaking of his port investment, Adani did not hide that there are strategic considerations for India. In a July 15 tweet, he wrote, “Delighted to win the tender for privatization of the Port of Haifa in Israel with our partner Gadot. Immense strategic and historical significance for both nations!”

Over the past year, all of Adani’s companies have seen their wealth soar, especially those in the energy sector, which benefited from the sharp rise in global oil and gas prices. Moreover, his energy companies outperformed the MSCI World Energy Index 2022’s total return of 36 percent.

Among them, Adani Green Energy and Adani Total Gas are both trading at a price-to-earnings (P/E) ratio of over 750, while Adani Enterprises and Adani Transmission, the main Adani Group companies, are trading at P/E ratios of over 400.

This rapid growth in wealth has not only made Adani the first Asian to enter the top three list of the world’s richest people, but also made him the richest person in Asia, edging out India’s former richest man Mukesh Ambani and China’s richest man Zhong Shanshan. Adani’s net worth grew by $50 billion in 2021, while Ambani’s wealth grew by $21.8 billion. Ambani had been the only Asian to enter the top 10 of the world’s richest people for many years.

The Indian government estimates that the country’s economy is expected to grow by 7 percent or more this year, more than double the global growth forecast. According to the World Bank’s latest forecast, global growth will be as little as 2.9 percent this year, dragged down by the Russia–Ukraine war, rising global energy prices, and China’s strict pandemic lockdowns.

In China, the latest wave of the pandemic has placed 20 percent of the population under lockdown. Nomura Securities has recently lowered its forecast for China’s GDP growth again this year, to 2.7 percent. Goldman Sachs earlier lowered its growth forecast for China from 3.3 percent to 3.0 percent.

According to the National Bureau of Statistics, China’s GDP grew by merely 2.5 percent in the first half of the year, well below the official 5.5 percent growth target.

In late July, Adani Ports and Special Economic Zone Limited (APSEZ), together with Israel’s Gadot Group, beat out contenders with a $1.18 billion bid to privatize the Israeli port of Haifa, in which Adani now has a 70 percent stake.

The Haifa port handles nearly half of Israel’s container cargo, and straddles the exit of a nearby Israeli naval base. It is also a frequent stop for the U.S. Sixth Fleet, making it an important port for both Israel and the United States.

China’s Bayport Terminal across the bay from the Haifa port opened in September of 2021. The regime sees it as one of the key pivot ports on the Mediterranean coast for its Belt and Road Initiative, and has invested $1.7 billion in the project.

Adani’s acquisition also follows an initiative to jointly produce weapons for Israel in India, with Adani being an initial partner in the manufacture of small arms, and later expanding to missiles and drones.

The deal came just days after U.S. President Joe Biden’s visit to the Middle East for the I2U2 online summit with India, Israel, and the United Arab Emirates. The quadrilateral economic forum is considered part of the U.S. strategy to counter the CCP’s Belt and Road Initiative in the Middle East.

US Urges India to Decouple from China

Jonathan Schanzer is senior vice president for research at the Foundation for Defense of Democracies (FDD), a Washington, D.C.-based research institute. Quoted in the Jewish News Syndicate, Schanzer says the United States has been urging Israel to decouple from China over the last two years.

“The United States is concerned because the high-end tech Israel produces is so attractive to China,” Schanzer said. While Israel’s trade with China is lucrative—it currently stands at $17 billion—he added that Israel increasingly must “look toward India as an alternative because of pressure from the United States.”

U.S. Chief of Naval Operations Admiral Mike Gilday, speaking at a Heritage Foundation seminar in Washington on Aug. 25, said that India could be a strategic partner for the United States by playing an important role in countering the CCP.

India is already playing an important role in deterring the CCP in the Indo-Pacific region. For example, in early August, the Chinese military aerospace survey vessel Yuan Wang 5—widely thought to be a spy ship—was allowed to dock in Sri Lanka’s Hambantota port. Due to concerns that it might collect Indian military intelligence, the Indian government delayed the docking for several days.

Since April this year, Sri Lanka has been in an economic and political crisis, which some attribute to China’s debt trap diplomacy. India has provided nearly $4 billion in aid to Sri Lanka in recent months to help the country out of its difficulties.

India has been supporting Bangladesh as well to reduce its dependence on the CCP. Bangladesh, India’s southeastern neighbor, owes China about $4 billion due to its participation in the Belt and Road Initiative.

“India’s strategic position has come to the fore after the United States shifted its strategic focus to the Indo-Pacific region, targeting mainly the CCP,” Frank Xie, professor of business at the University of South Carolina Aiken, told The Epoch Times. “India also plays a very important role in the quadrilateral alliance between the United States, Japan, India, and Australia.”

China’s military expansion and aggressive move in the South China Sea has posed a threat to all neighboring countries in the area. Xie said that India is also actively expanding its naval and strategic missile forces to counter this threat. The country has complete sets of strategic missiles and nuclear weapons, and recently commissioned its first home-built aircraft carrier.

Xie believes that India can play a significant role in controlling the Indian Ocean and part of the South China Sea, echoing the United States.

“Coupled with population growth, its economy is growing so fast that it has attracted a large number of companies in the industrial chain to relocate their factories or industrial chains to India, which will deal a very big blow to the CCP economically,” Xie said.

India is also more wary of the CCP’s infiltration compared to other democracies. Last year, the Indian government banned 59 Chinese mobile applications. Both countries have been on alert since a small but deadly clash between India and China erupted along the border two years ago.