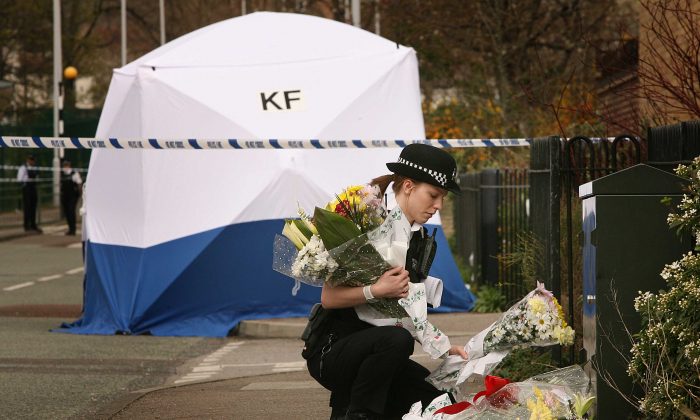 Rise in Homicides, Knife Crime, and Theft in England and Wales

The number of homicides in England and Wales has risen for the fourth year running, new figures show.

Data released by the UK’s office of statistics shows that, excluding terror attacks, there was a total of 701 homicides in the year ending March 2018—a 12 percent increase from the previous year.

There was a 16 percent rise in recorded offences involving a knife or sharp instrument, and a 30 percent jump in recorded robberies.

Caroline Youell, an analyst at the Office of National Statistics said, “There have been increases in some lower-volume ‘high-harm’ offences such as homicide and knife crime, consistent with rises over the past three years. However, the latest rise in gun crime is much smaller than previously seen.

“We have also seen continued increases in some theft offences such as vehicle-related theft and burglary, while computer viruses have fallen.”

The Office of National Statistics said that homicides remained concentrated in urban areas, and are still relatively rare.

The debate as to how to tackle rising crime rates in London is ongoing.

The Mayor of London Sadiq Khan has been criticised for not doing enough to halt violent crime in the city.

Earlier this year, he said there will be a “significant increase” in the use of targeted stop and search in the city. Police in the UK can stop and search people if they have “reasonable grounds” to believe someone has been involved in a crime or has a prohibited item.