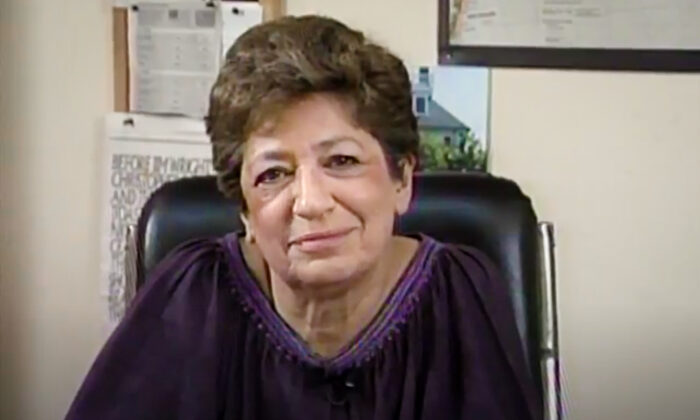 RIP Midge Decter: A Conservative Force to Be Reckoned With

Leadership is a double-barrelled quality. It calls for both personal inspiration and the ability to inspire others.

People who go out of their way to invite others to dream bigger, learn more, think more carefully, collaborate and take action, become enormously influential.

Such was the legacy of the recently deceased American journalist and author Midge Decter. She regarded serving and inspiring others as not just a choice, but a responsibility.

Decter Slipped Away at Age 94

Originally considered a New York liberal, Midge Decter evolved into a trailblazer for the 20th century conservative movement. Decter was among the first influential intellectuals to turn the notion of a “Manhattan conservative” into something more than an oxymoron. During the Thatcher–Reagan era, she became an intellectual power to be reckoned with.

Writing in the New York Post, former Decter colleague Joseph Bottum described Midge as a “conservative den mother and witty force of nature.” Bottum noted that Decter slipped away quietly at age 94. “It may have been the only thing she did quietly in her entire life,” he added. “She was a talker, an inveigler and a world-class anecdotalist.”

Decter emerged as a straight-talking proponent of classical liberal/neo-conservative philosophy that made the election of conservative governments in the UK, Canada, and the United States possible during the late 1970s and ’80s. In America, she helped hold together hundreds of writers, thinkers, and activists under the big tent of Reagan conservatism.

Intellectuals of all stripes love to quarrel, but when Decter called a meeting, most showed up. She was always willing to cast a wide net for recruits to the cause of Western liberty. Among her best-known quotes was, “The time comes, when you have to join the side you’re on.” She didn’t have a lot of time for fence-sitting or equivocation.

In the days after Decter’s death, dozens of eloquent condolences came in from well-known writers, academics, and public figures.

One of the most respectful expressions of sympathy came in the form of a tweet from an American midwesterner by the name of Barney Quick.

Quick said he had attended a conference put on by Decter at a DC Hotel in 1987. “I was just this guy from the Midwest rubbing shoulders with the giants of neoconservatism, but it solidified my path,” he wrote. I can’t help thinking that Quick’s inspirational encounter with Decter was something similar to my own.

Fond Memories of a Conservative Icon

In the 1980s, I was teaching history and economics at Lower Canada College in Montreal. Then, as now, conservative teachers had little in common with their progressive colleagues. Doors were closed for doctoral studies and appointments at university faculties of education. We tended to look outside of our faculty rooms for opportunities to collaborate with like-minded professionals. It was a little discouraging, but one had to make a living.

At the time, my best friends were among a small but feisty group of conservative professors, writers, and political activists in Montreal. I was particularly interested in organizing youth leadership conferences and struck up a friendly cross-border connection with the late Franz G. Lassner, then senior vice president at Freedoms Foundation in Valley Forge, Pennsylvania.

In April 1984, we organized a seminar on Western Hemisphere Security in Montreal. There I met Mark Falcoff, resident fellow at the American Enterprise Institute, who told me about a New York-based organization known as the “Committee for the Free World.”

About two weeks after the Montreal event, I received a letter from Decter. “Dear Mr. Brooks,” she wrote. “Mark Falcoff wrote to me suggesting you might be interested in our Committee. I am sending you herewith some material which should give you a fairly concrete sense of what we do. If you are interested, please let me know, and I shall be delighted to add you to our list.”

Over the following several years, I was thrilled to participate in Committee for the Free World meetings in New York and Washington, DC. When the Committee declared its work complete and disbanded after the fall of the Iron Curtain, Decter agreed to speak at a 1992 “Leadership for Democracy” youth conference we hosted at Lower Canada College. After that, she sponsored my attendance at a 1993 meeting of the venerable Philadelphia Society.

As Joseph Bottum put it in his eulogy for Decter, she was a “smart cookie.”

Decter’s contentions were terse and convincing. Her books and articles included fierce challenges to radical feminism and other leftist pathologies of our time. Her insightful “Liberal Parents, Radical Children” was a 1975 social critique that might have been written in the present decade to explain the misplaced rage of college-educated, woke Americans.

For a rank-and-file Canadian conservative working on the ground in a hostile education system, Decter was inspirational. Her unique combination of wit and ferocity encouraged others to more persistent action. On subjects related to culture and education, she raised issues that more comfortable conservatives would only brood about in private.

Writing in 1985 in the New York Times on the subject of “liberal bias in academia” and “bullying on campus,” her observations and insights were prophetic:

“Beginning sometime in the mid-1960s,” she wrote, “the country’s colleges and universities, in full view and full consciousness, simply sloughed off the burden of their proper authority as educators of the young and proclaimed themselves instead to be no more than servants of the gathering radical political fashion. Basic texts and indeed subjects were abandoned as ‘irrelevant’ and the American university became a veritable hotbed of reckless, mindless, anti-Americanism”

Decter was an inspiring foster mother for all of those who rallied around her. Unlike some tony Tory intellectuals, who appear to hold leftist adversaries in higher regard than less eloquent conservative allies, Decter was a fierce warrior for the side she was on. She was unapologetically anti-communist and a fearless critique of America’s excessive progressive elites.

The conservative thinker Yuval Levin called Decter a “force for good.” Bottum noted that the emphasis really belongs on force. “She was one of those people who made things happen, one of those women who pushed things along,” he wrote.

Should present-day “Woke Amerika” ever be pushed back to the point that patriotic citizens might, once again, find room to raise statues in celebration of foundational heroes, Midge Decter deserves a place of perpetual honor somewhere on the streets of Manhattan.