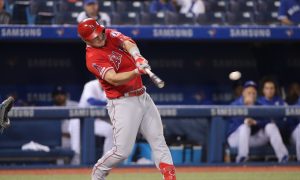 The Economics of Pro Athletes’ Mega-Salaries
0 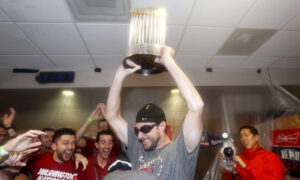 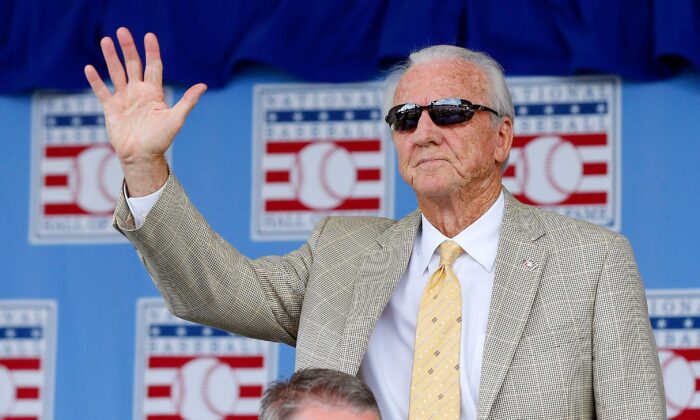 Al Kaline, the Hall of Fame right-fielder for the Detroit Tigers, is seen during the Baseball Hall of Fame induction ceremony at Clark Sports Center in Cooperstown, N.Y., on July 27, 2014. (Jim McIsaac/Getty Images)
Viewpoints

Two American professional athletes who were active a half-century ago have passed away—Al Kaline, the Hall of Fame right-fielder for the Detroit Tigers on April 6, and New Orleans Saints placekicker Tom Dempsey on April 4.

In addition to leaving this world during the same week, these two athletes are linked by two other coincidences—their special ties to Detroit sports fans and the fact that both overcame physical handicaps to play professional sports.

Kaline’s ties to Detroit are obvious to all. He is forever fixed on the Detroit sports scene as “Mr. Tiger,” universally beloved by both Tigers fans and every player who has played for the team over the past 50 years.

Dempsey’s tie to Detroit is more fleeting and obscure. When, in 1970, Dempsey set the NFL record for longest field goal ever (an astounding 63 yards back in the days before soccer-style kicking improved both the distance and accuracy of field goals) it gave his team, the New Orleans Saints, a come-from-behind victory as time expired against none other than the Detroit Lions. I was one of millions of Detroit sports fans whose Sunday afternoon was absolutely ruined by Dempsey’s heroics.

Yes, Dempsey indeed put a big hurt on my team—the pain of which I still remember today. But what a triumph for the human spirit his astonishing kick was! As you can see from a video clip on the New Orleans Saints website, Dempsey essentially had only half of a right foot with which to kick the ball. What great encouragement his feat must have given thousands of others afflicted with various birth defects.

And what a memorable football moment. As soon as the ball cleared the crossbar, emotional pandemonium erupted.

Notice in the clip the one official completely abandoning professional decorum by leaping skyward as he signaled that the kick was good. Undoubtedly, he had taken his position with the assumption that the desperate field goal attempt would fall short (after all, the longest successful kick prior to that day was a massive 7 yards shorter). Then, the totally unexpected happened: The kick was good! I’m sure the official was both surprised that the kick was good and totally inspired by having seen a record-shattering feat.

Meanwhile, the Saints were delirious with joy while the Lions players were absolutely devastated. There you had the magic of sports—“the thrill of victory and the agony of defeat”—all wrapped up in one phenomenal play.

Whereas, from my parochial vantage point as a Detroit sports fan, Dempsey’s kick was a truly outstanding accomplishment that hurt badly, Al Kaline brought happiness, pride, and gratitude to me and millions of other Detroit sports fans for 22 seasons of consistent excellence and 18 All-Star game appearances.

Like Dempsey, Kaline played his entire career with a deformed foot. The result of a bone disease suffered in childhood, the deformed bones caused him pain throughout his career—pain that grew increasingly problematical as he aged.

Neither I nor anybody I know ever dreamt that this graceful and swift player had such a condition. I didn’t learn about it until decades after he retired.

Kaline just wasn’t the type to talk about his private struggles. He was one of those proud, stoic athletes who never complained or made excuses. He believed that it was a player’s duty to overcome all obstacles. His creed was that you sacrifice your body to help your team win. (If you’re interested, an article by Dan Holmes on VintageDetroit.com summarizes the many multi-week and multi-month injuries Kaline suffered as a result of his give-all-for-the-team ethos. It’s tantalizing to contemplate how much grander his Hall of Fame career totals would have been had he stayed healthy.)

Grace and elegance defined Kaline’s mastery on the baseball diamond. He could perform every aspect of the game at the highest level. He was a skilled baserunner. As a fielder, no less than fielding genius Brooks Robinson, Kaline’s contemporary, acknowledged, “The fella who could do everything is Al Kaline … great speed, catches the ball and throws the ball well.”

It was awesome to watch Kaline run down a ball in the right field corner of Tiger Stadium, and in a single smooth motion, pivot 270 degrees and fire a strike to the catcher at home plate 300 feet away. And, of course, Kaline could hit—both for average and for power. He also was the epitome of that intangible quality, “clutch.” If you needed a hit in the late innings of a close game, there was nobody you would rather have in the batter’s box than Kaline. He was at his best when he was needed most.

First, he played in the days when pitchers threw brush-back pitches at batters to intimidate them. That tactic did not work with Kaline. If a pitcher knocked him down with a head-hunting fastball, he would simply get up and get a hit the next time the pitcher threw a strike. So well established was this pattern that some American League managers ordered their pitchers never to throw at Kaline.

Second, in listening to some books on tape years ago, one of the old baseball players reminiscing about the ’50s and ’60s suddenly offered what was clearly, to him, a self-evident fact—namely, that Kaline was the best player in the American League for about 10 or 12 years—not bad considering Mickey Mantle played at the same time.

Third, Kaline was so baseball smart that he once turned an opponent’s homerun into an out without ever touching the ball.

Here’s what happened: With slow-footed slugger Harmon Killebrew on first base, the Twins’ Tony Oliva launched a towering fly ball to the right in Tiger Stadium. Kaline went to the warning track and set himself to make the catch and throw to first to double off Killebrew. Respecting Kaline’s rifle arm, Harmon stayed close to the base. By the time the ball landed in the first rows of the upper deck, which jutted out over the warning track where Kaline was standing, Oliva had run past Killebrew. By rule, Oliva was called out. There are outstanding “web gems” on ESPN, but I bet you’ve never seen anyone rob a hitter of a home run when the guy hit a fair ball into the upper deck!

In the decades since he hung up his spikes after the 1974 season, Kaline worked in broadcasting and as an adviser to the Detroit Tigers Baseball Club. His kindness touched many thousands of hearts. Reading the outpouring of tweets that his passing triggered, one sees more than great respect for this good man—there is a tone of reverence.

The fact that so many of us have vivid memories of sports events and sports heroes decades after we last saw them play underscores the significance of sports in the American psyche.

I can’t help but think of the “first-evers,” the records, the inspiring play of brilliant stars that we are missing during this nightmarish virus-induced interlude. It will probably be both a joyful and somber day when sports return to our lives. That day can’t happen soon enough. Until then, we endure and comfort ourselves with memories of Tom Dempsey, Al Kaline, and so many other athletes who have thrilled and inspired us.