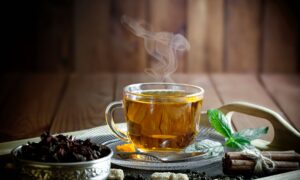 The commercial district of Humen town in Dongguan city, Guangdong province is a large-scale wholesale and retail center, lined with shops belonging to middle to high-end fashion brands. The daily flow of customers reaches into the tens of thousands.

The CCP virus outbreak has devastated China’s economy. Stores and factories closed in order to prevent the virus from spreading. Many domestic businesses cannot operate and have no revenue. They asked for a reduction in rent, as they are unable to afford it.

The Chinese Communist Party (CCP) deployed police to “take care” of such merchants. Across the country, police destroyed such businesses. The potential for social unrest has thus emerged. Riot police recently appeared in Humen town.

Woman: Well, tell him to be careful.

Woman: Yeah, just don’t talk to him. It’s no good talking to him.