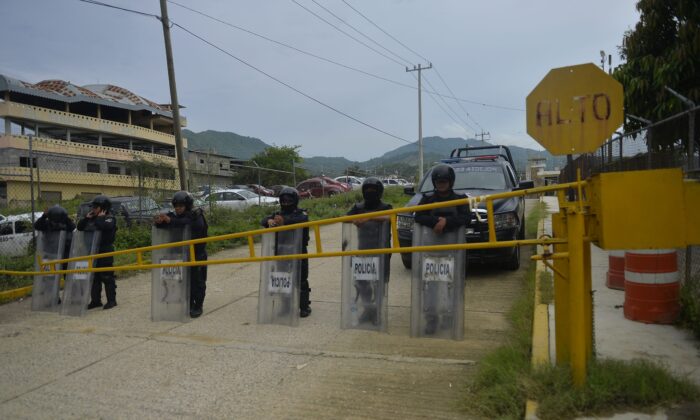 Riot police stand guard outside a prison in Acapulco, Mexico in a file photo. (Pedro Pardo/AFP via Getty Images)
International

MEXICO CITY—Inmates at a prison in Acapulco rioted after dozens of prisoners refused to be transferred to a federal jail, and 20 state police officers were injured trying to restore order, officials said Monday.

The riot occurred Sunday, just before the start of the Mexico Open tennis tournament, which is supposed to be a showcase for the Pacific coast resort.

Authorities said some of the injured officers suffered broken bones and head wounds.

Violence in Acapulco has been a persistent problem for nearly 20 years, but had diminished somewhat.