Dairy Prices up in Support of Dairy Farmers
0 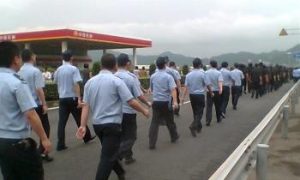 Print
Nearly 3,000 police and soldiers stormed Rio de Janeiro’s most notorious slum on Sunday, according to Jornal do Brasil.

The 2,700 police seized 30 gang members, over 11 tons of drugs, and dozens of firearms in less than two hours in a raid on the Alemao slum, according to the report.

“Today there exists the certainty that when the state is determined, the state can,” said the commander general of commander of military police in Rio, Mario Sergio Duarte, according to Portuguese daily news source Diario Noticias.

The raid comes after an upsurge in violence last week that officials say was gang related.

Brazil is working to clean up crime ahead of the 2014 Soccer World Cup and 2016 Summer Olympics to be held in Rio.