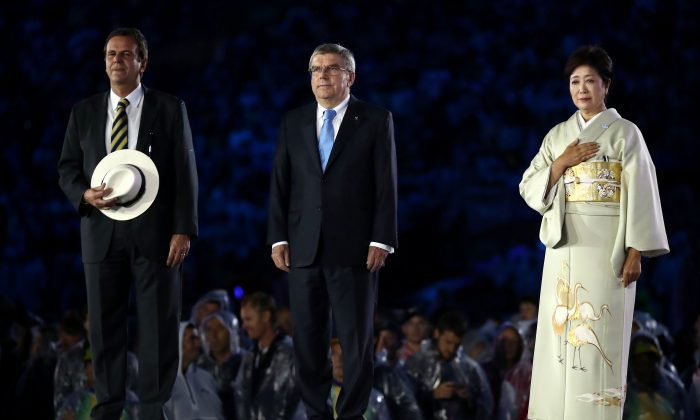 Rio Olympics and Its Effect on the Brazilian Economy

Brazil’s weakening economy in 2016 is a far cry from 2009, when it won its bid to host the Olympics and was the world’s fifth largest economy. In 2009, Brazil’s economy was primarily driven by China’s demand for commodities. However, in 2016, Brazil’s poor gross domestic product (GDP) growth over the last five quarters pushed the economy into one of its worst recessions since the 1930s. Brazil dropped to the world’s ninth largest economy due to its GDP contractions, which were caused by falling commodity prices and a lack of consumer confidence, which thwarted demand.

The Olympics: Time for Some Rethinking

Olympic Games Should Rotate From City to City

However, the Rio Olympics should add value to the struggling economy and may take Brazil out of its deep economic recession. Typically, hosting an international sporting event, such as the Olympics or the FIFA World Cup, should draw foreign tourists to the hosting country. Consequently, tourists should spend money and increase demand in goods and services for a short period. Moreover, revenue from marketing and partnerships should also help the Olympic host.

Between 2007 and 2014, Brazil’s number of tourist arrivals increased by 28 percent, or 1.4 million tourists. However, its increase in tourist arrivals in 2014 was bolstered by the 2014 FIFA World Cup. Consequently, the influx of tourists translated to a revenue increase of 40 percent during this period. In 2007, Brazil’s tourism receipts, in U.S. dollars, was $5.28 billion. By 2014, with the help of the World Cup, Brazil’s tourism receipts grew to $7.4 billion.

5 New Sports Announced for Tokyo 2020, but Where Does the Future of the Olympics Lie?

To Clean Up the Olympic Brand, the IOC Must Restore Trust

According to Rio de Janeiro Mayor Eduardo Paes, the Rio Olympics attracted over 1.17 million tourists in just 17 days during the Olympics. Officials familiar with the tourism in Rio estimated that over 400,000 international tourists visited Brazil for the Olympics and spend a daily average of 424.62 reals during their visit. The Olympics also attracted 760,000 Brazilians from various parts of the country, who spent an average of 310 reals per day. Therefore, the Olympics generated over $100 million in tourism revenue, based on the current exchange rate from Brazilian real to U.S. dollars on Aug. 29, 2016.

The amount that the Rio Olympics generated in revenue was still unknown even after the close of the games. However, the Rio Olympics had multiple revenue projections going into the games. TV companies paid over $4 billion to show the sporting events and global sponsorship deals should be a key driver in revenue for the receding economy. Moreover, Rio 2016 was expected to bring in over $9 billion in marketing revenue.

Therefore, the 2016 Rio Olympic Games was a success for many companies. However, there is one niche market that did not fare well in these Olympic games, the sports betting market fell from the 2012 London Olympic Games. The volume of bets decreased significantly, when compared to 2012 games, and the 2016 Olympics betting activity fell short of expectations.

Rio Olympics and Its Effect on the Brazilian Stock Market

Since the Rio Olympics was the most lucrative games in 120 years, the event drove the Brazilian stock market higher. The iShares MSCI Brazil Capped ETF (NYSEARCA: EWZ) is the largest exchange-traded fund tracking the Brazilian equity market.

EWZ had total net assets of $3.92 billion and a 20-day average daily trading volume of 7.13 million shares as of Aug. 26, 2016. The fund tracks the MSCI Brazil 25/50 Index and provides targeted access to 85 percent of the free float-adjusted market cap of the Brazilian equity market. Consequently, EWZ is a good vehicle to track the mid- and large-cap Brazilian equity market.

The fund had negative returns between 2013 and 2015 and lost over 40 percent of its value in 2015. Despite weakening economics and political unrest in Brazil, EWZ had a year to date return of 61.93 percent and six-month return of 68.87 percent as of July 31, 2016. Consequently, one could argue that the Rio Olympics bolstered the Brazilian stock market and increased economic activity.


Nikolai Kuznetsov is a financial writer and consultant experienced in stock market analysis and investment research. His website isNikolaiKnows.comand his Twitter is @NikolaiKuznets.