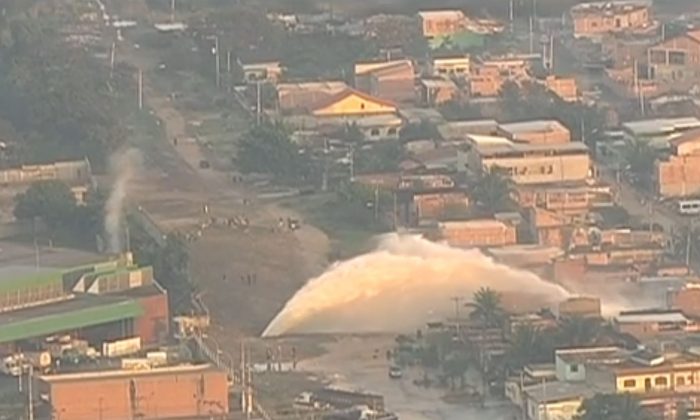 A massive flood broke out in Rio de Janeiro on July 30 after a water pipe burst, forcing the evacuation of about 200 homes.

Some were able to return to their homes soon later in the day, but about 70 people remain homeless, according to Municipal Civil Defense officials cited by Globo TV.

A video by the broadcaster shows water gushing from the pipe and ruining dozens of homes. At least 15 homes were flooded, with the water reaching almost seven feet high in some of them.

Mechanic Agilson Serpa da Silva said he and his family were sleeping on the second floor when they woke up to hear the roof collapsing, and the water soon after carried them to the other side of the street. Silva hurt his knee in the process.

Officials and relief groups are assessing the damage after shutting off the pipe and working with the now homeless people, and the injured have been sent to area hospitals.

Rio de Janeiro is the second largest city in Brazil, with about 6.3 million people in the city.