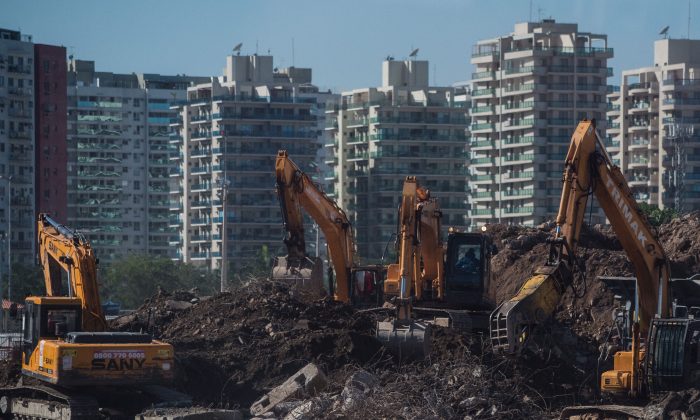 Rio 2016 Olympics Will Be a Success—but Just Who Will Benefit?

As we draw ever closer to the opening ceremony of the Rio 2016 Olympic Games, commentators have been scrutinizing the host city with a keen eye for imperfections. Whether it’s stadium construction running behind schedule, the Zika virus deterring the crowds, or political crisis threatening to topple the country’s president, each set back has been itemized and analyzed by the international press.

So far, the focus has been on whether Rio de Janeiro is ready for a 17-day sporting event. But this overlooks the fact that these preparations have been affecting Cariocas—as the citizens of Rio are known—for the past seven years and will change the face of the city for decades to come.

So, what impact will the Olympics have on the residents of Rio—especially those who may not be privileged enough to attend the Games?

Ex-World Sailing CEO: ‘I was fired for trying to move Rio event’

Many new sporting venues are being built for Rio 2016, but some people—including International Olympic Committee (IOC) members—have expressed doubts about whether these facilities will be completed in time for the event.

And yet, as it stands, the vast majority of venues are either already finished or on schedule and the main Olympic Park is 98 percent complete. What’s more, there’s a strong incentive for authorities to invest in completing the stadiums to avoid the global embarrassment of venues not being ready.

While last-minute spending on stadiums would cost Rio’s taxpaying citizens, the construction works have come with more sinister consequences for those living in the city’s informal settlements—known as “favelas.”

Many of Rio’s favela communities have been hit with forced evictions in the lead-up to mega-events—in particular, the Vila Autódromo favela, which is next to the main Olympic Park.

This is the only favela which Rio mayor Eduardo Paes publicly admits has suffered evictions because of the Olympics, but the civil society group “Popular Committee on the World Cup and Olympics” calculated that 22,059 families have been evicted across the city ahead of mega-events between 2009 and 2015.

Rio’s transport system is being upgraded for the Olympic Games and the flagship project is a new metro line to the wealthier west-zone neighborhood of Barra da Tijuca, where the main Olympic Park is located.

The construction of this key legacy project is currently behind schedule, but it will almost certainly be ready to transport spectators to the stadiums. And even if the new line isn’t ready in time, the city will have contingency plans in place to get fans to events.

This new line will benefit the citizens of Barra de Tijuca by taking a great deal of traffic off congested roads. It will also improve urban mobility for some 70,000 residents of Brazil’s largest favela, Rocinha, which will also be served by the new line.

But, as has been the case with the stadiums, many favela residents have been evicted to build transport infrastructure—particularly the Bus Rapid Transit (BRT) system.

Aside from the BRT system, the city has recently “rationalized” the regular bus services, which in practice has meant cutting numerous lines. The cuts have adversely affected urban mobility for many living in Rio’s north zone—traditionally a poorer area of the city.

Yet despite these cuts to the bus service, prices have actually risen, with no clear improvement in service quality. By making transport unaffordable for those living in the periphery, the Olympic legacy will widen the gap between rich and poor, in a city already world famous for its staggering levels of inequality.

The mosquito-borne Zika virus, which has its epicenter in Brazil, has been declared a public health emergency by the World Health Organization (WHO) and many are concerned that Zika will be an issue during the Olympics.

But Rio de Janeiro is around 2,000 kilometers from Brazil’s poor northeastern region where the crisis began and the Games will take place in August when mosquitoes are less common.

Meanwhile, a national campaign against the Zika virus has educated Brazilians on basic actions they can take to combat mosquitoes.

That said, there have been issues with mosquito-borne diseases including Zika, dengue, and chikungunya fever in the Vila Autódromo favela. Standing water in the Olympic construction site has provided a perfect breeding ground for mosquitoes.

What’s more, in December, the city of Rio suffered a public health emergency of its own: there wasn’t enough money to keep the hospitals open.

Olympic spending appears to have been prioritized above health care spending and, in some cases, funds have been diverted from the health system budget to finance the Olympics. Overall, Cariocas who rely on the public health system have been left in a dire situation.

Now, Brazilian President Dilma Rousseff faces impeachment and millions of demonstrators across the country have called on her to resign.

The Olympic Games are unlikely to be affected by this political instability, especially given the relatively minor role played by the federal government in the event.

However, several Olympic construction contracts are under investigation by Operation Car Wash. This is unlikely to affect the running of the event, but prosecutions for those responsible may follow in the years after the Games.

Once the Olympics are over, many of the publicly-funded developments will be sold off or handed over to property developers.

For example, businessman Carlos Carvalho—a staunch supporter of Rio’s Mayor Eduardo Paes—will be given the Olympic Park in Barra de Tijuca, including land which was previously owned by the State of Rio de Janeiro.

Given that Carvalho has expressed a desire to build a “city of the elite” in the area, one might question his suitability to inherit the Olympic Park and secure the social legacy of the Games.

There’s no doubt that Rio 2016 will be a wonderful sporting spectacle. But much like the infrastructure itself, coverage of the Olympics will largely fail to consider what the Games mean for Rio’s citizens.

And as a result, the Olympic legacy is likely to be one of increasing social divisions and worsening inequality—a lost opportunity for all Cariocas.

Adam Talbot is a doctoral researcher in the sociology of sport at the University of Brighton in the U.K. This article was originally published on The Conversation.