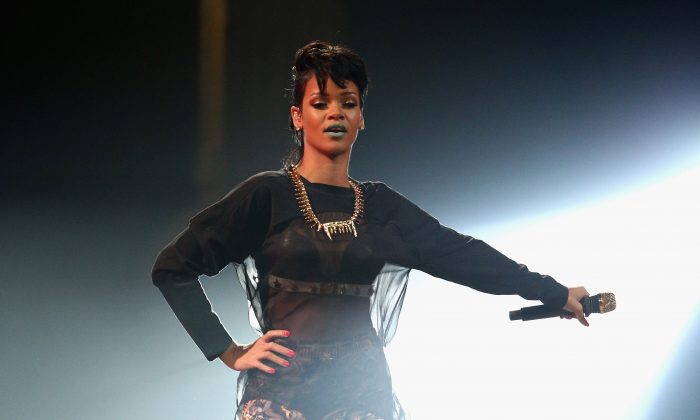 Rihanna hasn’t died, but there’s a viral Facebook post that’s been shared for a few weeks titled “RIP – Singer Rihanna Found Dead After Being Raped! 2014,” which may contain malware.

Rihanna on Saturday posted a photo to her Instagram with a fake tiger. She’s been in Brazil for the past several days.

But the viral post–which features the bruised face of the singer--was created to trick people to “like” and share the video so that others can see it. There’s no video of anything.

“At about 11 a.m. ET on Tuesday … our beloved singer Rihanna passed away. Rihanna was born on February 20, 1988 in Saint Michael. She will be missed but not forgotten. Please show your sympathy and condolences by commenting on and liking this page,” another variant of the fake post reads.

When one clicks on the post, it directs the user to a fake video website that looks like YouTube. It then asks to verify one’s age before it presents the user with a series of online surveys.

The surveys ask the user to then give personal information that can then be used maliciously.

It’s also possible for the post to contain malware.

“The real YouTube, of course, doesn’t ask you to take online surveys for ‘age verification.’ If you do take any of these online surveys you are both putting affiliate cash in the bank accounts of the scammers and potentially handing over personal information that could be exploited later,” writes Graham Cluley, a security expert.

“For instance, many such scams have tricked users into handing over their mobile phone numbers, which are then signed up for premium rate services. Victims are also typically duped into sharing the link to the scam to their Facebook friends and family, before realising that there is no truth to the report.”

He continues: “Don’t make life easy for the sick-minded scammers. Warn your friends about scams like this, and ensure that you aren’t duped in future – as you could be only making the problem worse.”