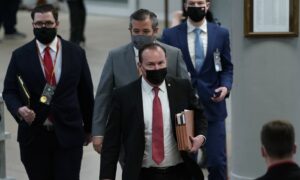 Rihanna and Drake ‘Tape Leaked Tonight’ Via Chris Brown is a Scam; Shows Facebook has Work to do

A viral scam that keeps going around, saying that a tape was leaked by Chris Brown is saying a “tape [was] leaked” of Rihanna and Drake, shows Facebook has work to do in cleaning up spam.

It’s a “Facebook web page that the scammers want you to ‘like’ or share, which will make it popular. Once the page is popular, these scammers can sell it to online marketers or other scagmmers. They will also make money from the surveys that are completed by gullible Facebook users who were tricked into completing them,” says security website Online Threat Alerts.

But according to blogger Graham Cluley, the scams probably aren’t going away soon. “Links like this typically lead to websites that ask you to re-like the link, or share it with your Facebook friends, before it will allow you to view the purported video content. On other occasions they can lead to malicious downloads and drive-by infections for visiting computers,” he writes.

And while Facebook has promised to clean up spam recently, the company has a lot of work to do.

“Some stories in News Feed use inaccurate language or formatting to try and trick people into clicking through to a website that contains only ads or a combination of frequently circulated content and ads. For instance, often these stories claim to link to a photo album but instead take the viewer to a website with just ads,” Facebook said this month.

As Cluley notes, “So, I think Facebook has a lot of work to do still – right now the stream of information showing up in users’ newsfeeds still contains too much pollution.”