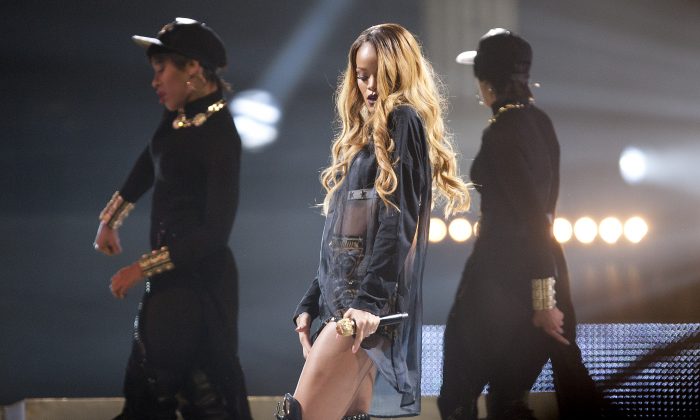 Singer Rihanna at her concert on May 5, a day before her being late to a Boston concert on May 6 caused displeasure from her fans. (Mike Lawrie/Getty Images)
Entertainment

Rihanna 3 hours late: The pop singer was three hours late to a Boston performance on May 6, and fans took to Twitter to voice displeasure over both the lateness and the concert itself.

“She was three hours late and did a joke of a show!” Amanda (@mandyhasredsox) said via the social media site.

An illness initially caused the singer to postpone the show from March until last night.

Fans were further angered by the lack of apology from the singer, and there was no opening act.

The concert lasted approximately one hour after Rihanna did arrive.