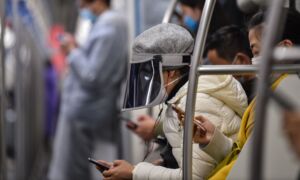 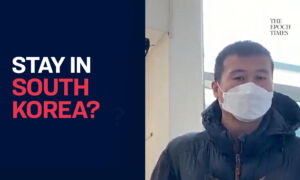 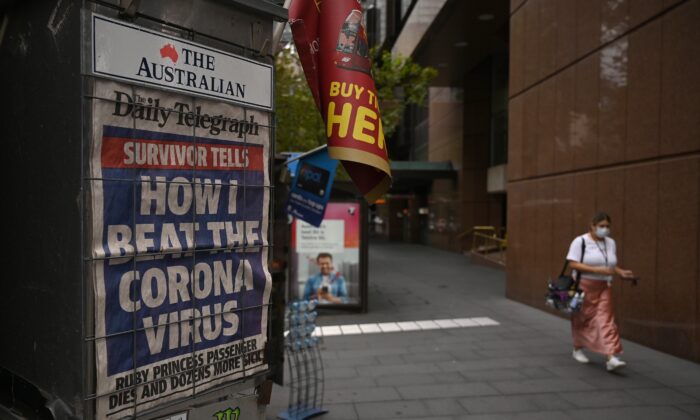 A newspaper headline about the coronavirus outbreak is seen on a near-deserted street in Sydney on March 30, 2020. (PETER PARKS/AFP via Getty Images)
WORLD

Reporters Without Borders (RSF), a nonprofit that advocates for press freedom, called on Chinese ambassadors around the world to stop taking shots at international media over its critical coverage of the Chinese regime’s response to the pandemic.

“These statements by China’s ambassadors reflect a policy concerted at the highest level of the Chinese government that aims to control international media coverage,” said Cédric Alviani, head of RSF’s East Asia bureau, in a statement issued on April 2.

China’s embassy in Peru, in a statement published on the embassy’s website on March 16, called out Peruvian Nobel Prize literature laureate Mario Vargas Llosa, for a Spanish-language opinion article he authored, published in Spanish newspaper El País and Peruvian newspaper La República on March 15 and 16 respectively. The embassy called his article “absurd and unfounded.”

The statement also took a personal jab at Vargas Llosa, questioning what contributions he had made in the fight against the virus outbreak in Europe and Peru, while touting that China was “doing everything possible to offer its support and help.”

The embassy said Vargas Llosa had a “lack of knowledge and deep prejudice towards China.”

In his article, Vargas Llosa wrote: “No one seems to be remarking that none of this could have happened in the world if popular China was a free country and democratic rather than a dictatorship,” according to a translation by AFP.

Vargas Llosa also pointed out that Beijing chose to censor several doctors who warned about the outbreak, instead of taking appropriate measures.

The escalating pandemic began in Wuhan, the capital of Hubei province. The CCP virus has since spread to over 200 countries and territories, and killed over 49,000 people outside of mainland China.

The Chinese regime silenced eight doctors, among them ophthalmologist Li Wenliang, after they posted on Chinese social media about a pneumonia spreading in Wuhan. Li was subsequently summoned to a police station, where he was reprimanded for “rumor-mongering” and was forced to sign a “confession” statement.

China’s embassy in Canada has issued three “angry statements” in March, RSF stated, twice against the National Post, and once against The Globe and Mail.

The National Post published an opinion article on March 5, in which it cited global affairs analyst Michael Bociurkiw as saying, “(China’s) manipulation and suppression of information is what allowed widespread of the novel coronavirus in the first place.”

In a statement two days later, China’s embassy in Canada accused the analyst of making “irresponsible remarks,” and said the opinion article had “fabricated” examples of China’s aggressive censorship.

On March 28, China’s embassy in Canada used the word “irresponsible” to accuse the Globe and Mail’s reporters and sources—who were identified by their full names or last names—involved in a story about China’s protective mask manufacturing industry.

The Globe and Mail article cited two sources who said that Chinese authorities took control of China’s domestic mask supply chain, posting officials at factories around the country to make sure their manufactured masks would be used for domestic government priorities.

In addition, “[Chinese] authorities are shouldering out private buyers to secure supplies for foreign countries hand-picked by Beijing,” the article stated.

According to RSF, China’s embassy in Australia sent out an email to a number of journalists in early March, accusing them of “politicizing” the pandemic.