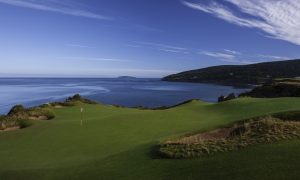 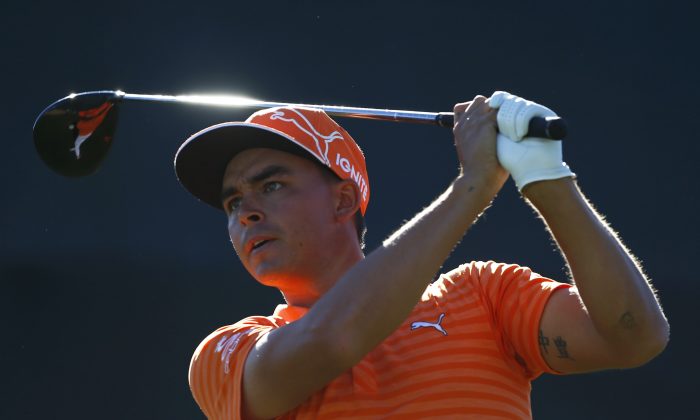 Rickie Fowler tees off on the 17th hole during the final round of the Waste Management Phoenix Open at TPC Scottsdale on Feb. 7. (Scott Halleran/Getty Images)
Golf

When Rickie Fowler entered the pro golf scene late in ’09 there was plenty of hype the former world number one amateur would hit the ground running in the professional ranks. Not until 2012 did Fowler win his first PGA Tour event—the Wells Fargo.

Fast forward to the start of 2014 and the sounds from the fan base—and including the media—had become much, much louder and equally concerned. The feeling was good ole Rickie was, as they say in Texas, all hat no cattle. In sum, Fowler was more the creation of Madison Avenue—the Anna Kournikova of professional golf. Fowler had a number of big time endorsements, was a colorful fashion plate—courtesy of his ties to Puma—and often times sought to tweak golf’s establishment by letting his hair grow long and positioning his cap in anything but the traditional manner. Rickie the rebel was in full bloom.

But it was in ’14 that Rickie started to build a record that actually showed substance with real golf tournament successes. Fowler finished in the top five in each of the four majors—something only Tiger Woods and Jack Nicklaus had done previously. Not bad company to be mentioned for sure, even though the aforementioned all-time greats won at least one major in doing so. Fowler didn’t win any of the four jewels in golf’s crown, but he showed a resilience, a desire to keep on grinding for the duration of each event.

In ’15 Rickie took a major step in demonstrating he was far more than a hyped-up walking billboard on golf’s prized fairways. Last May Fowler earned his second PGA Tour title with a win at The Players Championship—golf’s fifth major. Fowler won the event with brilliant play on golf’s most vexing hole—the island par-3 17th. In five trips to the hole Fowler birdied the hole four times—including the final time when winning the aggregate playoff for the title. Prior to last year’s Open Championship at The Old Course at St. Andrews, Rickie claimed the Aberdeen Asset Management Scottish Open showing a prowess in dealing with demanding wind conditions at Royal Aberdeen and a solid field of competitors. When the Fed-Ex Playoffs got going, Fowler bagged the second event in the series—The Deutsche Bank Championship—besting Sweden’s Henrik Stenson down the stretch for his 3rd PGA Tour title.

Just about a month ago Fowler continued to demonstrate a capacity to seize the moment,- winning again on foreign soil at the Abu Dhabi HSBC Golf Championship against another solid field that included world number one Jordan Spieth and former world number one Rory McIlroy. The win propelled Fowler to his highest ever world ranking—4th.

And just last week Fowler was again in prime position to add his 5th win over the last 9 months, at the Waste Management Phoenix Open. Fowler stood in near command as he awaited to tee off on the 70th hole of the event—the short par-4 17th—with a two-stroke lead over his playing partner Japan’s immensely talented 23-year-old Hideki Matsuyama. The choice should have been a simple one. Fowler would likely hit an iron and force his rival to play catch up. Instead, Fowler opted for driver and somehow managed to hit the front section of the green and  then watch it roll all the way to a water hazard lurking behind the putting surface. Instead of arriving at the final hole with a lead of some type, Fowler was tied and was forced to birdie the final hole just to keep himself alive in a playoff. After tying three holes during the playoff the action then shifted again to the 17th. Fowler did not hit driver but this time pull-hooked a 3-metal club into water down the left side. Net result? Rickie went from near certain winner to poor-thinking runner-up.

Nonetheless, the 27-year-old California native elevated his name up the golf pantheon and is now pushing for consideration with the likes of Spieth, McIlroy and Aussie Jason Day. However, Fowler has yet to earn a major title, and until he does his critics will continue to position him as a supporting player rather than a marquee global star matching that of golf’s newest Big Three.

The bigger issue is did Fowler learn something of consequence given his poor choice of clubs, two times mind you on the same hole (the 17th) which he had hit into the water no less than nine times previously when competing in the event?

Winning a major golf championship is the ultimate credibility statement. It links a golfer with the game’s iconic players. Rickie has clearly elevated his game and his consistency is becoming more and more predictable. Credit his relationship with teacher Butch Harmon who has played a major role with several top players over the years including the likes of Woods, Greg Norman and Phil Mickelson.

With the Masters coming up in two months it will be fascinating to see what Fowler is able to do and if facing another crucial decision down the stretch what he decides in doing. Nicklaus was famous for his tour de force on-course management—with Jack it was always knowing how to assess a given situation accurately and executing the wisest prudent play. Woods, during his best days, was no less gifted in doing similarly.

Fowler has since proven that he is far more than a walking endorsement for this or that product. But, winning the first major is a much larger leap than winning PGA Tour titles. Some of golf’s stars were able to do it quickly after arriving in professional golf—Nicklaus, Woods, McIlroy. In other cases, the first major did not happen until certain players reached their 30’s—Mickelson was 34 before he stepped into the major winner circle with his epic triumph at Augusta. For another former young star (now seasoned player), Spain’s Sergio Garcia, is still searching for his first Grand Slam event win.

One of Rickie’s biggest assets is his fervent fan base—especially among those 18 and under. Golf needs plenty to keep the game relevant for a new fan base and Fowler has shown a moxie that is genuine and cements itself well with this up and coming generation. Rickie had best remember what happened in Scottsdale—learn from it because it’s more than likely future key decisions will need to be decided upon when even bigger championships will be decided. What happened at the Phoenix Open is only as important as what was learned from that event. Augusta, Oakmont, Troon and Baltusrol are awaiting.