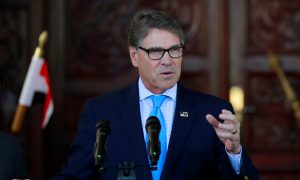 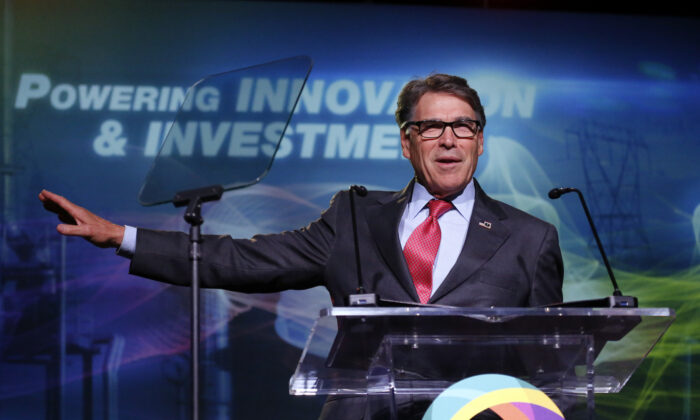 Rick Perry, who is resigning from his position as Energy Secretary at the end of the year, will not supply documents that House Democrats have subpoenaed as part of their impeachment inquiry into President Donald Trump.

She wrote that “a Congressional committee cannot exercise the investigative power of the full House of Representatives unless it has that power through proper delegation.”

Burnison also echoed a similar point made by an earlier letter from White House counsel Pat Cipollone on Oct. 8, which pointed out that the House had never in U.S. history tried to launch an impeachment inquiry against a president without a majority House vote.

“Even if the inquiry was validly authorized, much of the information sought in the subpoena appears to consist of confidential Executive Branch communications that are potentially protected by executive privilege and would require careful review to ensure that no such information is improperly disclosed,” Burnison wrote.

The Energy Department also said in the letter it does not accept the House committee’s position that failure to comply with the subpoena would equate to obstruction.

“The Department remains committed to working with Congress on matters of mutual importance conducted in accordance with proper authorizations and procedures,” she added.

“Recently, public reports have raised questions about any role you may have played in conveying or reinforcing the president’s stark message to the Ukrainian president.

Perry, who submitted his resignation to Trump on Thursday, told Fox News in an interview on Friday morning that he had urged Trump to call Zelensky to talk about fighting corruption and how U.S. liquefied natural gas could help ease dependency on gas from Russia.

“There was no quid pro quo in the sense of what those folks out there would like for it to be: ‘That we’re [not] going to give you this money unless you investigate Joe Biden and his son,'” Perry said on Fox News. “I never heard that said, anywhere, anytime, in any conversation.”

Perry said he aimed to “get Ukraine back in the sphere of influence in the United States.”

“They [Ukraine] have to do some things,” Perry said. “They have to show us they’re going to respect the rule of law, you’re going to be transparent, they’re going to unbundle their midstream gas company … And I think that’s completely and absolutely legitimate. That’s what we’re supposed to be doing.”

The Trump-Zelensky July 25 phone call is the focus of an impeachment inquiry into Trump, which was announced by House Speaker Nancy Pelosi (D-Calif.) on Sept. 24. The White House released the transcript of the call on Sept. 25.

The origin of the impeachment inquiry traces back to an anonymous person who on Aug. 12 filed a complaint, now commonly referred to as the “whistleblower complaint.” A redacted version was made public on Sept. 26.

There had been claims accusing Trump of having withheld the military aid and floated its release as a “quid pro quo” for an investigation into the Bidens.

However, Trump told reporters that he had blocked the aid to Ukraine because of high levels of corruption and to spur European partners to shoulder a greater share of security assistance.