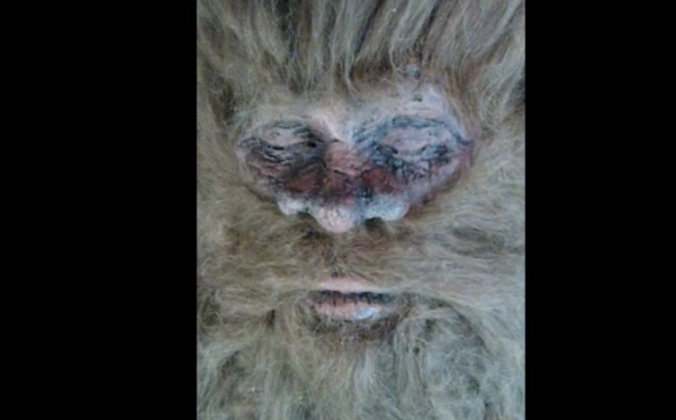 Rick Dyer, Alleged Bigfoot Killer: ‘I am the best Bigfoot Hunter in the World’

Rick Dyer, the man who was involved in a Bigfoot hoax in 2008 but claims that he has now actually killed a Bigfoot, proclaimed that “I am the best Bigfoot hunter in the world” on one of his many YouTube videos.

A university in Washington state confirmed that the creature he killed in fall 2012 is not human, according to Dyer.

He said he was filming with a BBC film crew in San Antonio, Texas when they came across a Bigfoot. He nailed some ribs to a tree, which lured the creature, and then Dyer followed and shot him, he said.

It’s eight feet tall, it weighs almost 800 pounds, and it is four foot wide. “It is a beast,” Dyer said.

Dyer says that there’s around 500 Bigfoot creatures in the United States alone.

“Hundreds of thousands of people have saw this beast, but no one really tracks it like I do. I am a professional tracker, I am the best Bigfoot tracker, and I know how to lure the beast in,” he said. “The other trackers don’t. I’m the only one that does, and I’m the only one who goes out in the woods seven days a week tracking Bigfoot. This is my only job.”

So why has he come out with the information now?

“All the test took a  long time to complete,” he said. “For example, if someone captures a new species, it takes five to 10 years to come out, mine has came out in one year and three months, so that’s pretty big for a new species.”

So far, the only evidence Dyer has released to the public is a photo of what appears to be a human-like face covered with thick hair. Dyer plans to take the body on a nationwide tour, charging a fee for people to see it. He has not specified when or if he will make evidence he claims to have, including the DNA testing, public.

Dyer said he had found a Bigfoot body in 2008 but it was discovered that the body was a body in a rubber suit. Dyer said that it didn’t start off as a hoax, but it ended up a hoax–but that this time, it’s not a hoax. “This is about redeeming myself,” he said in one of his videos.

Benjiman Radford, a skeptic, said in a Discovery article, citing the book “Searching for Sasquatch: Crackpots, Eggheads, and Cryptozoology,” that academics and amateurs used to collaborate in the search for creatures such as Bigfoot.

“These serious scientific researchers are mostly a relic of the past. Today’s Bigfoot community is populated  — many would say contaminated — by publicity-seeking promoters, hoaxers and self-styled Bigfoot buffs who offer perpetually fruitless weekend tours into the wilderness to look for the beast,” he wrote.

“Ironically, these folks may sound the death knell for serious Bigfoot research. Sooner or later the public will tire of the parade of hoaxes, exaggerated claims and publicity stunts. It will become more and more difficult for sincere, science-minded researchers  — such as Todd Disotell and Brian Sykes, two geneticists who have attempted to sequence DNA from unknown animals — to do their work.”