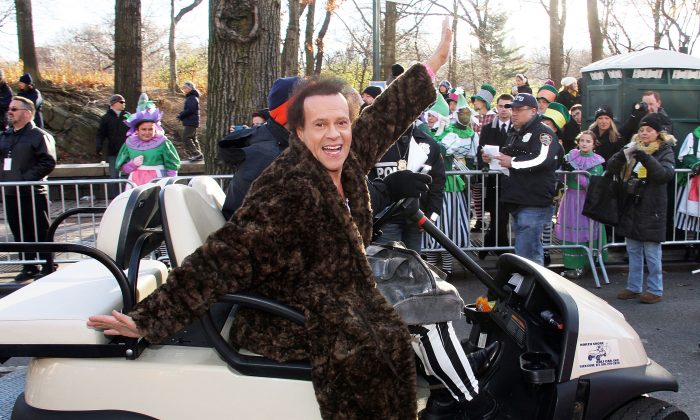 Richard Simmons says he is not being held hostage, despite a report that cited five friends who haven’t seen him for years.

Simmons hasn’t been seen in public since 2013.

“I am not kidnapped,” Simmons, 67, said in a phone interview with Entertainment Tonight on Sunday. “I am just in my house right now.”

I love all the people who worry about me, but it was time for me to take some time to be by myself.
— Richard Simmons

“I love all the people who worry about me,” the fitness guru said. “But it was time for me to take some time to be by myself. For the last 40 years I have been traveling, teaching classes, and I had a knee injury, so I had a knee replacement, which was very difficult for me. I have really just been taking it easy, staying at home, working out in my gym and doing the things I haven’t done in a very long time.”

Simmons spoke out after a Daily News article cited five friends who said they’re extremely concerned for him.

Mauro Oliveira, Simmons’ former masseur and assistant, recounted the last time he saw Simmons, when the celebrity had called and asked him to come to his Hollywood Hills house.

When he got there, Oliveira says Simmons told him they could no longer see each other, though he refused to cite a specific reason.

Oliveira had convinced Simmons to talk it over upstairs, but then Simmons’ live-in housekeeper Teresa Reveles allegedly intervened, telling Oliveira to get out.

“Is she controlling your life now?” Oliveira said he asked his friends, to which Simmons replied: “Yes.”

Oliveira also claimed in a recent self-published e-book that Reveles was using witchcraft to exert control over Simmons.

“This is how I want to live my life right now,” Simmons said. “And to all the people that are worried about me, please don’t be. If I was in any trouble, if I was hurting in any way, I would reach out. It is time right now for Richard Simmons to take care of Richard Simmons.”