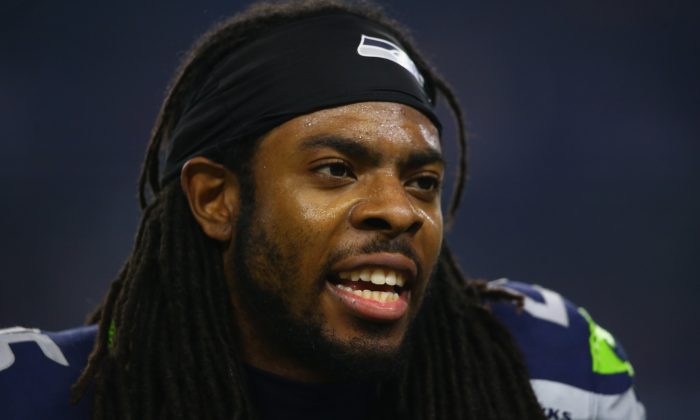 Richard Sherman: ‘I Stand by What I Said That All Lives Matter’

Seattle Seahawks cornerback Richard Sherman spoke this week about the distrust between police and the black community.

In an interview with The Undefeated, Sherman said that he stands by what he said last year, and “that All Lives Matter and that we are human beings.”

“It’s frustrating on both sides, because you understand that police officers have a duty and a job,” Sherman told The Undefeated on Tuesday in an interview. “They sacrifice a lot to protect and serve. And I understand that some don’t do it the right way. I also understand that people shouldn’t get killed just because of the color of their skin.”

Sherman was asked what he thought about the recent killings of black men by police officers—including Alton Sterling in Baton Rouge and Philando Castile in Minneapolis.

However, many on social media have criticized the “all lives matter” response to the “black lives matter” slogan, with some even terming it as racist.

“We hear a lot about Black Lives Matter. But I think race was created. I think everybody is a human being first and then the color of their skin wouldn’t matter if nobody told you it mattered, if that makes any sense,” he added.

But Sherman tweeted on Wednesday, “Being a Critic takes no talent…. Persevering and perusing a dream takes courage…. Keep believing.”