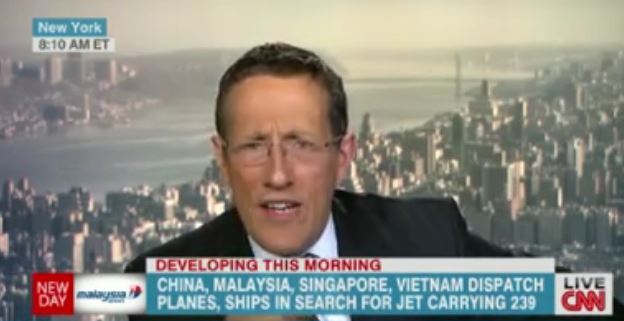 Richard Quest, a aviation analyst with CNN, was not a copilot on missing Malaysian Airlines flight MH370.

Quest, who anchors a show called Quest Means Business, was the subject of a picture circulating online that falsely identified him.

Quest was filming with CNN Business Traveler on a similar aircraft last month and the co-pilot of MH370, Fariq Hamid, was flying that plane.

Quest said in a segment on YouTube that it’s possible Malaysia Airlines knows more about the missing plane than its officials are currently disclosing.

The search for the plane continues around Vietnam and Malaysia. The two countries are being assisted in the search by the United States, Philippines, and China.

The plane went missing in the early morning of Saturday Asia time after it took off from Kuala Lumpur, headed to Beijing.

The search includes ships and aircraft.