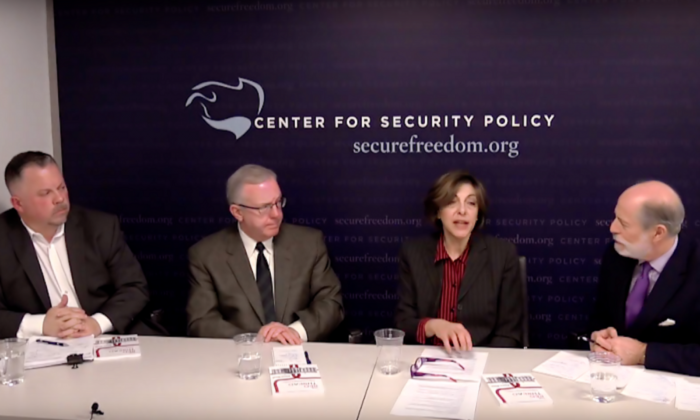 Rich Higgins passed away on Feb. 23, 2022. More than 3,300 people have donated over $275,000 to his GoFundMe website to cover his expensive medical costs as a result of COVID complications.

Why would so many people give their money to him? Who was Higgins? What did he do to inspire people?

First and foremost, Higgins was a relentless seeker of truth. He was an independent who worked under Republican and Democratic administrations.

In an interview on leadership in August 2020, he stated: “On social issues I’m probably more liberal than most people and on economic and foreign policy issues, I’m a lot more conservative than most people. And I think that’s what it means to be an American … I’m that five percent in the middle that gets to actually use my freedom to decide which path we want to go down. I’m not hide bound to some ideology.”

He would challenge assumptions about freedom of people on the left and the right, and he believed that “in America, the individual is the sovereign, and this idea of America is in the Declaration of Independence,” and that “the Constitution is the legal means that we swear to protect because the nation exists under law.”

In other words, anyone, any group, or any country that attacks the idea of the United States or the Constitution is a threat to Americans’ freedom.

From this framework, Higgins grew from being a U.S. Army Explosive Ordnance Disposal (EOD) officer to Defense civilian—quickly making the senior grade to GS-15. From 2002 to 2010, he designed and implemented innovative ways to use technology and people to win hearts and minds through irregular warfare at the Combating Terrorism Technical Support Office (now called the Irregular Warfare Technical Support Directorate or IWTSD, which is subordinate to the assistant secretary of defense for Special Operations and Low-Intensity Conflict or ASD-SO/LIC). Higgins later accepted a Special Operations Command-sponsored chair and was a student at the National Defense University’s College of International Security Affairs.

Most of Higgins’ NDU colleagues were senior foreign military officers and senior civilians, some even from royal families. His NDU research and studies guided him for his remaining years. Higgins’ 2010 Master’s thesis paper was titled “No Common War: Mundus Vult Decipi”—which comes from the Latin phrase “Mundus vult decipi, ergo decipiatur,” meaning, “the world wants to be deceived, so let it be deceived.” One of his many prescient recommendations was to follow Sun Tzu’s instruction to know ourselves and the enemy.

Americans once learned about civics (ourselves), communism (our enemy), and Karl Marx during the Cold War. During our war with Islamist terrorist groups, learning about the adversary’s doctrine and strategy was hindered by government officials. Higgins argued the same obstacles work against us today as we face off with communist China; we no longer learn civics nor Marxism, Leninism, Communism, and Maoism.

Like Saint George, one of the most prominent Catholic military saints and his favorite, Higgins slew metaphorical dragons—threats to the idea of America—totalitarian and authoritarian ideologies. Whether one dragon was Islamists, who continue to infiltrate and beguile Americans via the many Muslim Brotherhood organizations that support al-Qaeda, Hamas, ISIS, and Hezbollah, or the other dragon, Marxist groups, who seek to foment a race war in the United States, Higgins led in warning political leaders, intelligence, law enforcement, and defense officials, and provided them clear, logical, and persuasive proof of these foreign and domestic dragons’ malicious intent.

Higgins was a firebrand and provided no weaknesses in his arguments. Consequently, many tried to remove him from positions in which he served in the U.S. government. Despite their efforts, Higgins was able to convince many people that the United States was allowing these dragons to spread lies and disinformation.

When he was fired from the National Security Council by then-national security adviser General H.R. McMaster, Higgins had just described the threat and how to tackle it in concise and precise terms. His seven-page paper, titled “POTUS & Political Warfare” and dated May 2017, was written at home on his own time and was intended to help then-President Donald Trump to better understand the threat that was rearing its ugly heads from every direction.

After leaving the White House, Higgins wrote “The Memo: Twenty Years Inside the Deep State Fighting for America First” (2020). These examples were not the only time that Higgins had written clearly about threats to America.

Stephen Coughlin, author of “Catastrophic Failure: Blindfolding America in the Face of Jihad” (2015), and Higgins formed a non-profit company, Unconstrained Analytics, in 2015. They wrote and spoke extensively on the Islamist threat (via the Muslim Brotherhood and associated U.S. organizations that supported designated terror organizations). They also dissected ideas espoused by Marxist organizations that had sprung up after the foreign policy establishment went to sleep following the end of the Cold War.

Rich Higgins—American hero, warrior, father, husband, son, boss, colleague, friend—was an inspiration to many. He lives through his insightful writings, speeches, interviews, and his fearless actions that continue to inspire us—dedicated to the idea of the United States described in the Declaration of Independence and the Constitution that he loved so dearly.

As one of his friends wrote to him after he passed away: “We who have served our brothers, our sisters, our brethren—Sir, We Have The Mission.”