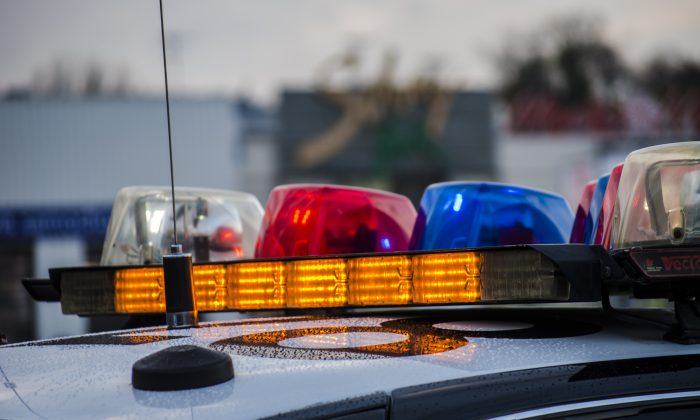 Stock photo of a police cruiser. (CC0)
Crime and Incidents

In an unusual sting operation that saw a wealthy couple pretend to be dead and pose for graphic photos, police in Russia tricked a man into believing his parents had been killed by a hitman he’d hired.

According to MailOnline, detectives uncovered a plot in which a 22-year-old man wanted to pay a contract killer to murder his parents and sister so that he could collect a hefty inheritance payout.

An undercover policeman pretending to be a hit man in the Russian resort town of Sochi met the son, who reportedly told him in detail how his parents–and sister–were to be murdered.

According to the report, the son provided all manner of helpful information to the fake hitman, including a floor plan of the intended victims’ home, the location of cameras, and tips on dealing with guard dogs.

A price for the hit was allegedly negotiated, with the son insisting on seeing photographs of his dead parents as proof of the grisly deed.

The mother and father were subsequently persuaded by the police to take part in a graphic ruse—they were to be covered in fake blood and pretend to be dead.

Photographs were then taken of the supposed “victims.”

A WEALTHY couple faked their own assassination to snare their evil son who had tried to pay a hitman to bump them off. https://t.co/dQ1qTEn0L7

The undercover officer then met with the son and provided the graphic images of proof that he had carried out his part of the bargain.

The man was reported to have been “delighted” by what he saw and promised to pay the $53,000 bill for the homicides. Police then swooped in and arrested the man, it was reported.

According to a report by the Sun, citing police sources in the Krasnodar region, the man made a full confession. He reportedly also admitted that prior to hiring a contract killer, he took steps to try and kill his parents himself.

“Before looking for a killer he tried to get rid of his relatives twice. He looked on the internet to find out how to carry out the murders,” said the police source.

On one occasion, it was reported, the man “wanted to put pills in the kettle to poison his parents but his father found out something was wrong.”

“Then the son planned to break a thermometer in his parents’ car so that they were poisoned with mercury vapors.

According to the police, the parents were “devastated” at news of the scheme their boy had devised and could not “believe he could do this.”

It was reported that the man faces 15 years in prison if convicted for trying to hire a hitman to murder his parents.