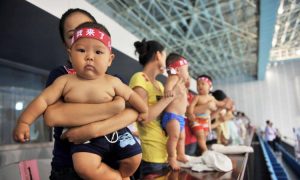 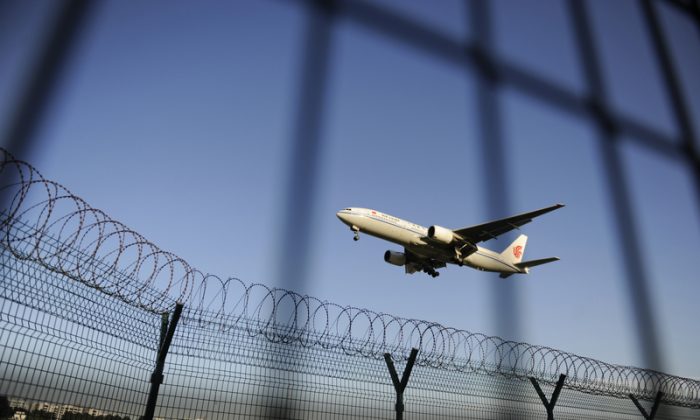 China is experiencing a drain of wealth as entrepreneurs are leaving the country, taking billions of dollars to safer shores.

“We will feel safe only when we leave; it’s hard to say what will happen in mainland China,” are words often spoken by rich Chinese.

Most private enterprise entrepreneurs are ready to emigrate at any time. Anxiety over the uncertainty of the ruling communist Party’s policies is the major reason given. Their children’s education and a better living environment used to be the main attraction to emigrate, now they’ve become a secondary factor.

An investigation by the Shanghai Entrepreneur Association, one of the most influential non-government associations of commerce in Shanghai, and the Horizon Research Consultancy Group, targeted 150 private enterprises in mainland China. The report found that Chinese private entrepreneurs’ sense of security only scored 6.09 out of 10 in 2013. Uncertainty caused by policy fluctuations was the main reason given by 31.5 percent of them.

The Executive Dean of the Overseas Education College of Shanghai Jiaotong University, Wang Hongxin, says private entrepreneurs are supposed to be one of the most respected social groups. Unfortunately, Chinese society has a misconception about entrepreneurs, especially private entrepreneurs, and generally hates the rich. That, combined with unpredictable political policies, flakey protection of private wealth, and political corruption have all inhibited entrepreneurs from expanding internationally, as well as stymied long-term planning.

At the end of 2012, the Center for China & Globalization (CCG) and Beijing Institute of Technology Law School collectively published the Annual Report on Chinese International Migration (2012).

Survey results of the 2013 Hurun Report (www.hurun.net/) indicate that the percentage of China’s richest who have emigrated, or are emigrating, or are considering emigration, has gone up 6.7 percent from 2012 to 64 percent in 2013. Of the multimillionaires, one third have emigrated, according to the survey.

A 2013 survey by Wealth Insight, a London based wealth consultancy, found that China’s richest now have approximately US$658 billion in hidden assets overseas. This is more than 30 percent of China’s fiscal revenue of 2.13 trillion.

In the Global Talent Blue Book, the Annual Report of Chinese International Migration (2012), published by the CCG on Jan. 22, states that the number of Chinese emigrants has reached 9.343 million. China has become the fourth largest source of emigrants worldwide, and the second largest source of immigrants to the United States.

The CCG data also indicates that since 2011, Chinese have become the second biggest foreign group of real estate buyers in the United States.

In Toronto, Canada, and London, UK, 20-40 percent of overseas buyers come from China.

Last month, Canada announced its intention to end its immigrant investor program and eliminate the backlog of more than 65,000 applications, most of them Chinese.

Chinese leaders also appear intent to put a stop to the money drain. Cao Jianming, who heads the Supreme People’s Procuratorate, said China will “work more closely with judicial organs abroad … to hunt those who have fled and to recover ill-gotten gains,” State media China Daily reported on March 12.

According to Cao, 10.14 billion yuan ($1.65 billion) in “dirty money” and property was recovered, and 762 corruption suspects were captured at home and abroad last year.