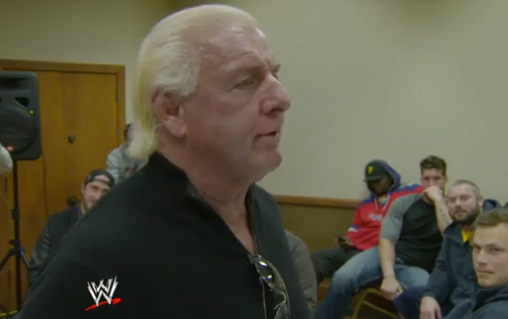 Ric Flair, a former wrestler who is known as “The Nature Boy,” will not attend the San Francisco 49ers-Carolina Panthers game this weekend after receiving death threats.

He got the threats following his motivational speech to the 49ers before their win last weekend over the Green Bay Packers.

Many people are asking which team Flair is supporting, according to Flair’s Facebook page.

Flair decided not to attend the game, Flair’s agent Melinda Morris Zanoni said in a statement.

“The 49er pep talk, which instantly went viral, caused many Carolina fans to voice their feelings of anger and betrayal on social media – some even offering death threats to Flair,” the statement read.

“We know fans are passionate about their teams, but some of the choice language we have been receiving is scaring off our interns,” said Melinda.