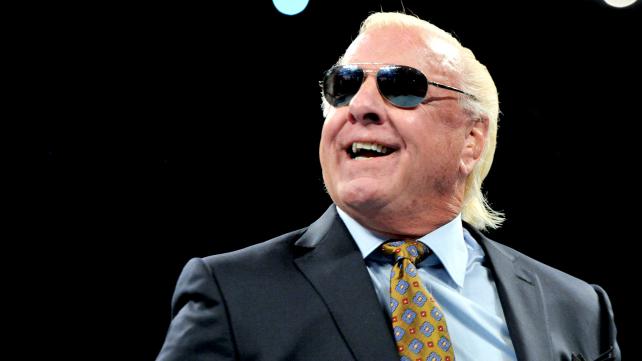 Ric Flair didn’t end up appearing at WWE’s Extreme Rules but the latest rumors say that the former member of Evolution has an offer to return to the league.

Citing sources, subscription wrestling blog PWinsider reported that Flair has an offer from the WWE to return as a regular TV character and go on the road full-time.

The offer was reportedly made by Triple H.

The offer is contingent on Flair dealing with some of his personal issues, such as the outstanding warrant due to his ongoing spat with his ex-wife. He would also have to undergo a series of medical tests.

Flair would work with stars such as Triple H and Randy Orton if he gets his affairs in order.

Flair recently appeared on “Monday Night Raw” on April 28, fueling speculation about when he would appear next.

Some wrestling commentators remarked on the potential return.

“If true, I hope Flair can push through his personal matters and make a full-time return to WWE. While some thought his appearance on ‘Monday Night Raw’ was not very good, I, on the other hand, thought it was just fine,” wrote Alex Besong at wrestlingrumors.net.

“If he does indeed return, I fully expect his work do be much better than that of last week.”