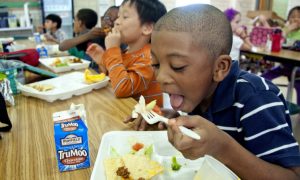 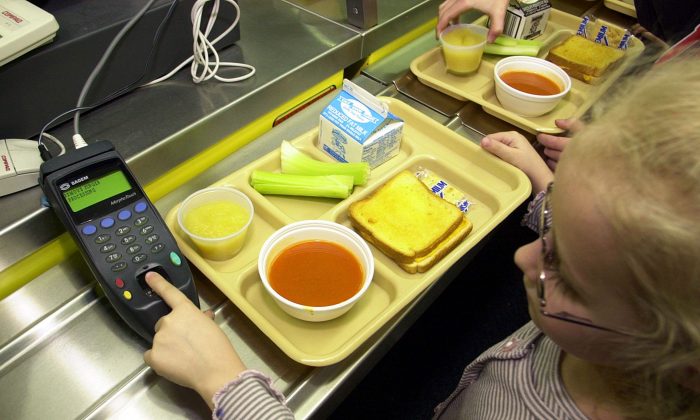 Children on free school lunches will be given a sunflower butter and jelly sandwich instead of a hot meal if they owe money on the account for extras, a Rhode Island school district has announced, stirring intense debate and some kind actions.

“Effective Monday, May 13, 2019, if money is owed on a paid, free, or reduced lunch account a sun butter and jelly sandwich will be given as the lunch choice until the balance owed is paid in full or a payment plan is set up,” Warwick Public Schools announced on May 5 via Facebook.

Students who qualify for free meals can still run up a debt by adding extras to their lunch trays, such as milk, which are not included in the free lunch, according to parents who commented on Facebook.

Warwick is the second largest city in the state, with a population of just over 80,000.

All public schools in Rhode Island are mandated by state law to provide lunches, and nearly 70 percent of those meals are served for free or at a reduced price.

To qualify for free meals, children must come from families with an income below 130 percent of the “poverty level.”

Above this level, the school or institution sets the price.

Warwick Public Schools, which is responsible for 9,000 children in 22 schools from pre-kindergarten through 12th grade, says that it is owed more than $40,000 for outstanding lunch bills and can’t afford to absorb the costs, reported Fox News.

However, the school district has refused to take donations in the past, according to local restaurant owner, Angelica Penta. “I have met with Warwick twice and the second time I left in tears after they refused to take a $4,000 check,” she wrote on Facebook.

“They don’t want parents getting upset if their child’s lunch gets paid for, but if they are going through hard times they may need help,” she wrote. “I come up with several different ideas and they were all shut down. Please if anyone has any ideas how we can stop this please let me know.”

Penta was one of many people who weighed into the intense debate on social media.

While some labelled it as “food shaming” the poor, other parents encouraged each other to help settle any outstanding debts with donations.

Many people were angry at the decision.

“A butter and jelly sandwich? That’s a sick punishment that your doing to kids. Your school system should be ashamed of yourselves. U don’t even give a kid a milk on free meal program?” wrote one person.

But others defended the decision.

“This isn’t as cut and dried as people are making out to be,” wrote one person. “Currently the school department feels that it is fair to not reward their irresponsible behavior but at the same time also make sure that the child has something healthy in their stomach. Sun butter is a non-allergic nut butter similar to peanut butter but made from sunflower seeds and it is packed with protein. Kids love it and it is healthy. And why are you call it ‘shaming’? Maybe the lesson that child takes away is to grow and perhaps they will be motivated to do better by their own children.”

Some parents have since set up an online fundraiser to cover the outstanding debts.

“The Warwick Public School System has an outstanding balance of $77,000 for unpaid school lunches,” said the fundraiser description. “Let’s come together and pay it for the kids, so no one has to be singled out and embarrassed by being denied hot lunch.”