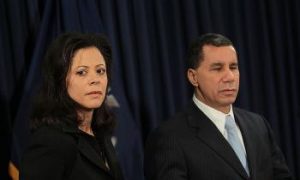 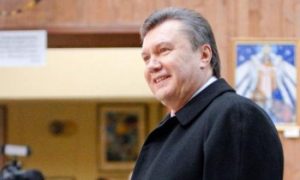 Protesters Hold Out for Final Election Results in Ukraine
0
Africa

Poachers killed a total of 333 rhinos in South Africa in 2010, the highest amount ever in the country, according to a World Wildlife Fund (WWF) report.

The number includes 10 black rhinos, a critically endangered species of which only about 4,200 remain.

Of the rhinos lost to poaching last year, 146 came from one of Africa’s biggest game reserves, Kruger National Park. It was the hardest-hit area and home to the majority of white and black rhinos.

“Rhino poaching in South Africa has doubled annually for the past three years and shows no sign of slowing down in 2011,” said WWF Senior Program Officer for African species conservation Matthew Lewis, in a statement published on Jan. 12.

He added that the time to act “to stop this poaching onslaught is now.” “We cannot afford to wait.”

The first alarm year was 2008, when 83 rhinos were missing, after which South Africa reinforced its law enforcement efforts and dealt out about 162 poaching arrests in 2010.

The number of killings has risen because of the increased demand for rhino horns, used in traditional Asian medicine.

The majority of rhinos in the world reside in South Africa and total about 21,000. Along with elephants, leopards, lions, and Cape buffalo, rhinos belong to the celebrated “Big Five” of Africa’s wildlife and tourism.