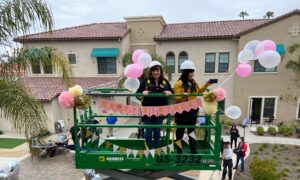 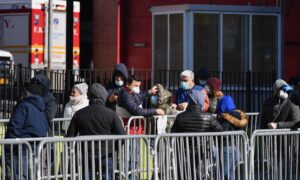 First Cases of CCP Virus in NYC Were Transmission From Europe: Studies
0 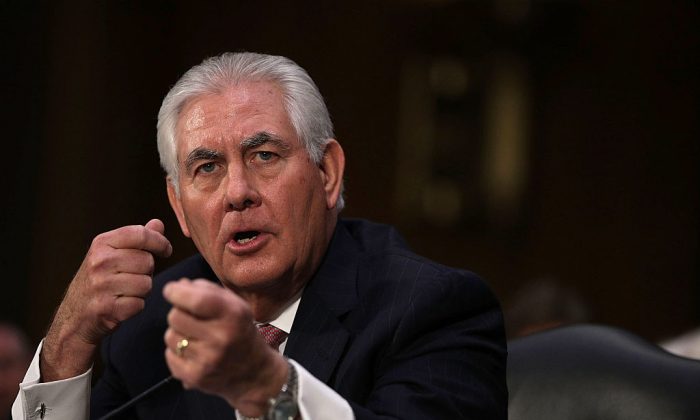 Rex Tillerson Confirmed by Senate for Secretary of State

The Republican-controlled Senate on Wednesday confirmed Rex Tillerson to be secretary of State, a crucial member of President Donald Trump’s national security team.

Senators voted 56-43 to approve the former Exxon Mobil CEO after Democrats mounted a vocal yet unsuccessful campaign to derail the bid. They said they feared his four-decade career at the energy giant meant he’d view the world only through the lens of a corporate executive and questioned whether he would confront Trump when he believes the president is wrong.

But Republicans rejected the complaints and declared Tillerson highly qualified for the job. He’ll have his hands full as soon as he’s sworn in, grappling with many of the same geopolitical dilemmas his predecessors did. As senators cast their ballots, the Trump White House put Tehran “on notice” after the Iranian military tested a ballistic missile and allied rebels in Yemen attacked a Saudi naval vessel in the Red Sea.

“I am confident Rex Tillerson has the ability to be the effective leader the State Department needs,” said Sen. Bob Corker, R-Tenn., chairman of the Foreign Relations Committee.

Corker cast Tillerson’s experience at Exxon Mobil as a plus, saying he led a global enterprise with 75,000 employees and forged “deep relationships” with world leaders.

Wednesday’s vote to confirm Tillerson came exactly three weeks after a rocky confirmation hearing before the Foreign Relations Committee. Sen. Marco Rubio, R-Fla., clashed with Tillerson, bridling at his refusal to label Putin a “war criminal” and his failure to condemn human rights violations in Saudi Arabia and the Philippines in strong enough terms. He chided Tillerson over the need for “moral clarity.”

But in the end, Rubio fell in line again and backed the nomination.

Rubio had unsuccessfully opposed Trump for the GOP nomination last year before coming around to support him.

Democrats pressed their case against Tillerson right up until the vote. Sen. Ben Cardin of Maryland, the top Democrat on the Foreign Relations Committee, said Tillerson is unlikely to steer Trump away from pursuing an “unstable, reckless foreign policy.”

Cardin said Tillerson’s “timid equivocation on American values” throughout his confirmation process led him to predict Tillerson will be a “yes man” to Trump, unable to prevent “the risky, chaotic whims of a demagogue president who is leading us on a march of folly.”