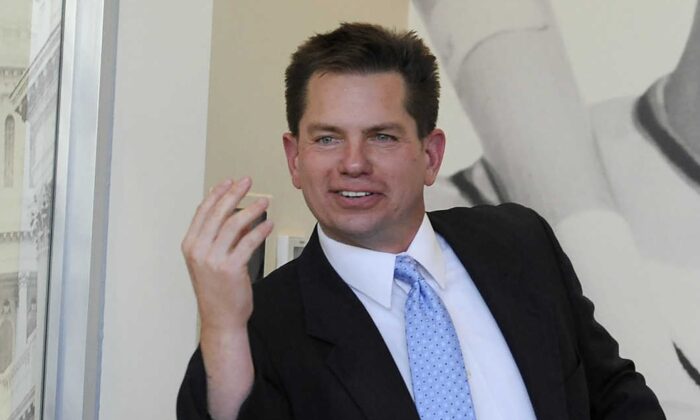 Rex Rust, co-president of Rust Communications, died of cancer on Jan. 6, 2022. (The Southeast Missourian via AP)
US News

The company’s flagship newspaper, the Southeast Missourian in Cape Girardeau, reported that Rust died Thursday evening after a yearlong battle with cancer.

Rust grew up in Cape Girardeau and graduated from Harvard University in 1992. He worked in finance in New York, Chicago, and Virginia before returning to Missouri.

In 2001, Rust and his brother, Jon K. Rust, were named co-presidents of the company founded by their father, Gary Rust, who continued on as chairman of the board. Today, Rust Communications owns more than 40 newspapers in eight states, numerous magazines and websites, and has minority ownership of 17 radio stations.

Friends and family noted Rust’s community service. He was a member of several community and professional organizations.

U.S. District Judge Stephen Limbaugh Jr. recalled once inviting Rust to play golf. He said Rust had to pass because he was on his way to a prison to provide ministry to inmates.

“As good as he was as a civic leader and businessman, and he was fantastic in those roles, he was an even better Christian,” Limbaugh said.