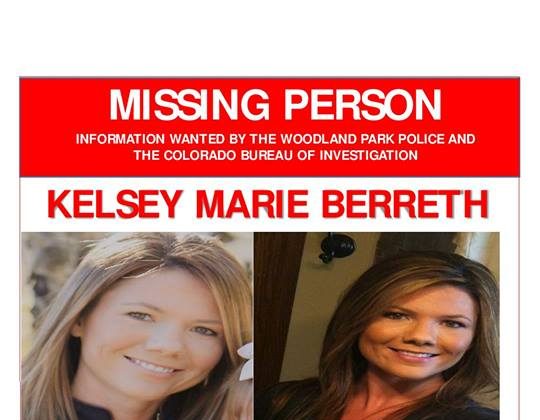 WOODLAND PARK, Colo.—Police are offering a $25,000 reward for information leading to the whereabouts of a Colorado woman who was last seen on Thanksgiving Day.

An anonymous donor provided the reward money to the Woodland Park Police Department, which is leading the search for 29-year-old Kelsey Berreth.

Her fiance, Patrick Frazee, told investigators the couple met that day so he could pick up their 1-year-old daughter. They did not live together.

Police Chief Miles J. De Young said in a statement Sunday that a search of Frazee’s 35-acre property was completed. The property was returned to Frazee.

Police have not called Frazee a person of interest.