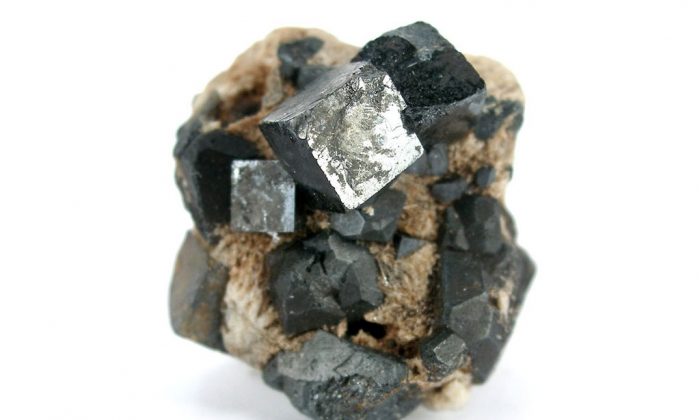 Revolutionary Perovskite Solar Cells Could Be a Game Changer, but Questions Remain

Whenever I tell people I work with solar cells I am asked the same two questions: are they ever going to be really cheap? And can you get me some? While the answer to the second question is no, the answer to the first is a lot more positive. Year on year, solar panels have been plunging in price and improving in the efficiency with which they can convert light into energy.

At the same time fossil fuel costs continue to rise, and in the next few years we will reach the point where the costs overlap – some figures suggest this may have already happened. The question is not whether solar energy can supplant fossil fuels as the cheapest means to produce energy, but rather when.

While this has provided an enormous boost to the solar industry, the main excitement in the solar sector today is due to a new type of material called perovskite. Combining some of the best qualities of more mainstream materials, it has proved incredibly flexible – to the point that University of Sheffield researchers have manufactured perovskite solar cells as a spray-on liquid. So what is perovskite, and what’s the buzz around it?

Solar cells, the component of solar panels that reacts to light, are built from what are known as photovoltaic materials. When light hits these materials electrons are freed to move through the material. With careful design of the structure of these solar cells, these electrons can be collected into a flow of electrical current. This is the process that provides the somewhat magical property of solar panels – sunlight in and electricity out.

Inside a Solar Panel

Broadly speaking, solar cells can be divided into two distinct groups – those based on inorganic photovoltaic materials, such as silicon or cadmium telluride, and those based on specific organic compounds, such as PCDTBT. Both have their own respective advantages and disadvantages.

The inorganic materials are already industrially well-established, capable of converting light to electricity at greater than 20% efficiency and create solar panels with more than 25-year lifespans. The downside is that the raw materials required, particularly with silicon, can be expensive.

Organic solar cells are based on potentially low-cost materials and can even be manufactured from a liquid solution, which makes them very fast and cheap to produce. However, even on a laboratory-scale, organic solar cells struggle to achieve efficiencies of more than 10%. Even more crucially, the organic compounds gradually decompose under light, often reducing panel lifetime to the order of months or weeks rather than years. Consequently these organic materials have rarely been used to produce solar panels, as no one likes the idea of having to climb on their roof to replace them every six months. Ideally we want a solar cell with the performance and long term stability of inorganic materials with the ultra-low cost of organic materials.

In the past few years solar energy research has witnessed the emergence of a remarkable new class of materials known as perovskites. This is a hybrid organic-inorganic material, essentially an organic compound with an inorganic element attached. Perovskite refers to the specific type of crystal structure, which occurs naturally in certain minerals. These hybrid compounds have this crystal structure but are also a complex combination of organic ammonia and methyl groups with inorganic lead iodide or lead chloride molecules attached.

The reason for the excitement surrounding these materials is the frankly staggering rate at which they have developed. Previously whenever a new material was discovered it had taken some 10-20 years of research to reach an efficiency rate of even 10%. Perovskite solar cells only emerged in 2012, but have already clocked up conversions of more than 19% efficiency. This blistering rate of development is unprecedented in solar research.

As a hybrid material, as well as boasting good efficiencies as with inorganic materials, perovskites can also take advantage of organic solar materials’ capacity to be applied as a liquid solution. This is what Professor David Lidzey’s group at the University of Sheffield has taken advantage of, spraying the perovskite as a liquid coating onto a substrate material. This allows solar cells to be manufactured at high volumes and low cost.

Does this mean that all future solar cells will be based on perovskites? It’s far too early to say. Although they have many benefits there are still a number of key challenges to be overcome.

There are some questions regarding the potential environmental impact of the lead content of the material (although work is ongoing to remove the requirement for lead) and how easily production can be up-scaled to a useful commercial size. As with organic solar cells, their long term stability is also highly questionable and they are particularly sensitive to moisture – a few drops of water can completely destroy the material.

So building a perovskite solar panel module capable of surviving for decades outdoors is most likely still some way off – in fact there’s no guarantee it’s even possible. But what is for certain is that the potential of perovskite solar cells is staggering, and if the material’s promise can be realised it could completely revolutionise the capabilities of solar energy.

Jon Major is affiliated with the national SUPERGEN ‘supersolar’ research consortium. This article was originally published on The Conversation. Read the original article.