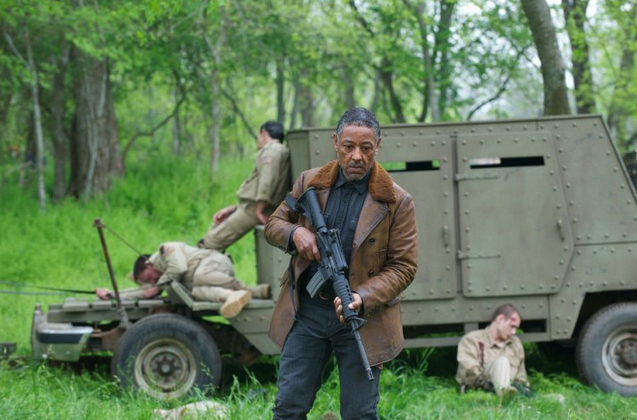 The Revolution season 2 finale is coming up, although unfortunately the NBC series wasn’t renewed for a season 3.

The finale will air on May 21.

The story leading into the finale sees Neville form an uneasy alliance with Monroe following Jason’s death. The whole group is trying to take down the Patriots, although Aaron and Rachel are distracted by trying to save Priscilla from the nano-tech.

In the finale, Charlie, Miles, and Monroe launch an attack on the Patriots, but must improvise a risky new plan in order to halt the oncoming war between California and Texas.

Neville has broken off by this point and has his sights set on President Davis, seeking revenge for the death of his wife and son.

Executive producer Rockne O’Bannon, who was at the panel, said that the season 2 finale and the episodes leading up to it are “really hot” and “really good stuff,” reported Zap2It.

“Everything comes together in these final four episodes in terms of the patriot mission coming to a head at the same time that the nano takes a hard look at humanity as its creator and it’s lacking,” he said. “Plus, something is whispered into Rachel’s ear that changes everything about what was behind the blackout.”

O’Bannon also said that with the death of Jason and Neville losing his wife as well, the former leader is “the definition of a loose cannon.”