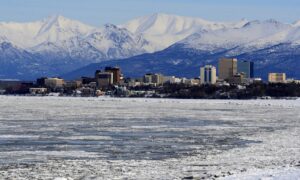 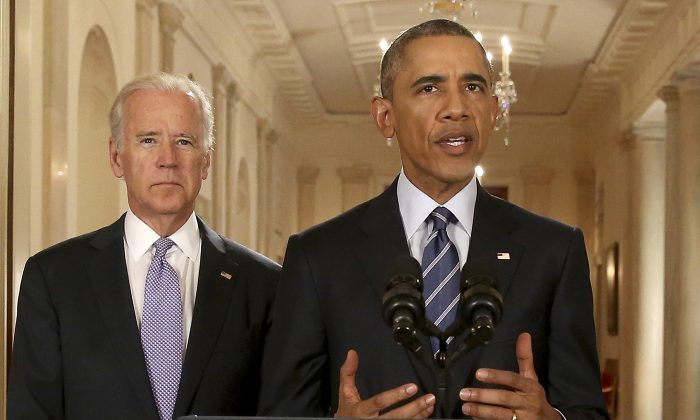 April 27 was an explosive Tuesday for the Middle East, explosive diplomatically in Vienna and Washington, but literally explosive in one incident: the drone boat attack on Saudi Arabia’s Red Sea oil port of Yanbu.

In Vienna, Austria, talks involving Iran, Britain, France, Germany, China, and Russia resumed, with the United States participating “indirectly.” The stated goals are twofold: Convince the Iranian dictatorship to end its nuclear weapons-development violations of the Joint Comprehensive Plan of Action (JCPOA), the official name of former President Obama’s 2015 “Iran nuclear deal”; and convince the United States to revive the JCPOA, from which then-President Donald Trump’s administration withdrew in 2018.

In Washington, high-ranking Israeli and U.S. diplomats held what diplomats call frank discussions. The Jerusalem Post quoted Israel’s ambassador to the United States, Gilad Erdan, as saying: “We made our clear opposition to the return to the JCPOA. … It is a flawed and bad agreement, and returning to the same deal makes it less likely to reach a better one in the future.”

Meanwhile, back in Yanbu, an unmanned, remotely piloted speed boat loaded with explosives targeted the port. The Saudis claim they destroyed the robot kamikaze. However, one source reported the blast damaged a ship.

The attack may have done little damage, but for Tehran, it served as military and economic strategic “propaganda by the deed.”

Who conducted the attack? Yemen’s Houthi rebels have launched Red Sea boat attacks. I’ll wager an Iranian Quds Force officer controlled the operation. The Houthis have a cause, but one Iran callously exploits as Tehran attacks Saudi Arabia through its “Yemeni rear.”

The Yemen war and the Yanbu attack illustrate the Iranian regime’s intrinsic violent nature. The regime is also utterly corrupt. Iranians claim the mullahs and Revolutionary Guards are more corrupt than the shah they overthrew in 1979.

The corrupt regime wages numerous slow wars, first and foremost against Israel and the Gulf Arab states, but they also target the Great Satan, the United States.

Iranian agents conduct or finance violent meddling operations in at least 30 different countries. The regime uses transnational criminal operations, such as narcotics smuggling and human trafficking, as a source of income.

So let’s return to the JCPOA and U.S. economic sanctions imposed on Iran after the Trump administration withdrew from the inane and unverifiable agreement.

Incorporating “comprehensive” in the JCPOA’s name was reprehensibly dishonest, for the Obama deal wasn’t comprehensive. Follow the JCPOA’s timeline and you discover the Obama administration gave Tehran’s bad guys billions in cash before they officially agreed to the slimy deal.

The ayatollahs used Obama’s payoff cash to wage war in Yemen and Syria.

In May 2018, I wrote that the JCPOA failed to penalize the Iranian regime’s violent troublemaking and its criminal operations, a grievous flaw. I wrote that column a week after Israel released an information trove documenting the regime’s failure to comply with key JCPOA nuclear weapons development provisions.

The economic sanctions imposed by the Trump administration frustrated Iran’s ability to finance war and terror. Trump’s withdrawal from the JCPOA was the predicate action that made the Abraham Accords possible—Nobel Prize-worthy peace treaties between Israel and the UAE and other Arab states.

The Israelis know an existential threat when they hear one. If the Biden administration caves, Israel won’t.