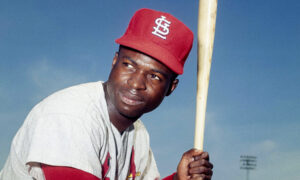 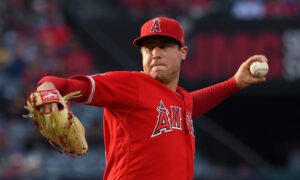 As we head into the All-Star break, the 80th “Midsummer Classic”, the National League (NL) and American League (AL) will try to answer the age-old question of which league is better.

Since the AL joined Major League Baseball in 1901, this question has been posed and both sides have provided many arguments.

The AL has won 61 World Series championships while the NL has won 43.

The AL’s New York Yankees have won 26 of the 61 World Series titles. The NL’s St. Louis Cardinals have won the second most titles in the majors with 10.

In 1933, the AL started playing the NL in an All-Star Game. Each league would put forth their best players for this contest.

The first Major League All-Star Game was played on July 6, 1933 at Comiskey Park in Chicago in front of almost 50,000 fans. Babe Ruth hit the first All-Star Game homerun. The AL won 4–2 and a rivalry was born.

For the record, the NL has won 41 times and the AL has won 36 times, and there have also been two ties.

The basic rules for each league are the same. The big difference between the AL and NL is the designated hitter rule.

Opening Day 1973 was the first time the AL started to use the designated hitter. At the time, the AL was struggling to fill seats and thought that adding a designated hitter to hit for the pitcher would produce more hits, thus enticing more fans to watch the games.

Originally it was only supposed to be a three-year experiment. The 2009 season marks the 36th season the designated hitter has been used in the AL. It has never been used in the National League (except when playing at AL parks in inter-league play).

The first inter-league game was on June 12, 1997. The Texas Rangers hosted the San Francisco Giants at The Ballpark in Arlington and lost 4–3.

This year marks the 13th season of inter-league play. The AL is 1,673–1,534 against the NL. During the last 11 years, there have been a little over 250 inter-league games played each season.

Do you look at history? If so, the NL has been around for 25 years longer than the AL.

Do you look at World Series wins? If so, the AL has dominated.

Do you look at who has the best players based and who wins the most All-Star games? Then arguably, the NL would be the best. But don’t forget the AL has ruled for most of the last two decades.

The biggest question is how you can compare two leagues that don’t even play by the same rules, even if they do play each other during the season.

While baseball is one of the sports richest in statistics, so far the stats are inconclusive. Besides, in any bar, train, or stadium, you will never be able to convince a die hard NL fan that the AL is better or vice versa.

That is what makes baseball so great to debate.