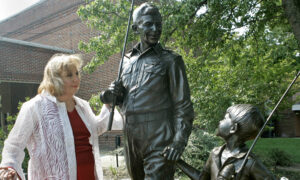 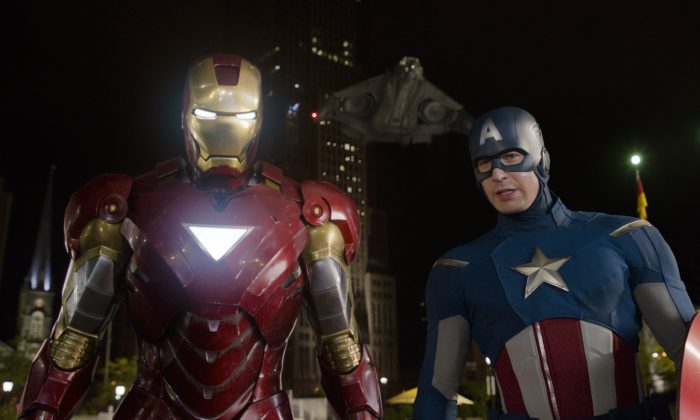 Film Review
By The Associated Press

Conventional movie wisdom would suggest that there can only be diminishing returns with long-running franchises. There must be a breaking point, right? Especially at movie four, five, six, and beyond. There are exceptions, sure, but even the painstakingly plotted Marvel films have had low points.

And yet in the ashes of “Avengers: Age of Ultron,” the brain trust behind Marvel Studios and directors Joe and Anthony Russo have built what is easily one of the strongest films of their so-called cinematic universe with “Captain America: Civil War,” an engaging, lively, and just flat-out fun use of the characters we’ve gotten to know across the last eight years and 12 films.

As our interest waned in the prospect of yet another supervillain threatening to destroy an entire city or planet, Marvel smartly pivoted and turned the conflict inward. With the near inevitability of a civilian death toll any time the Avengers are involved in an incident, the U.N. steps in with an accord proposing regulation and oversight. Essentially now, the Avengers need permission before they jump into action.

Tony Stark/Iron Man (Robert Downey Jr.) is for it. Steve Rogers/Captain America (Chris Evans) is against it. And the rest of the Avengers must decide where they side, leading to some interesting alliances—like Black Widow (Scarlett Johansson) going against her pal Cap, Hawkeye (Jeremy Renner) positioning against his friend Black Widow, and so on.

Some of it is rather silly, especially the villain Zemo, whose somewhat nonsense plan leaves a lot to chance and coincidence. Daniel Brühl, as always, is great in the role, but still little more than a plot device—as though the screenwriters thought that it would be too dark for the good guys to fracture without a push from a manipulative outsider.

The good news is that this Avengers movie in disguise keeps everything rather intimate for a superhero movie. There are only so many times these films can get away with scenes of massive destruction—the thrill (and horror) of the spectacle starts to dull. In “Civil War” the combat is mostly hand-to-hand, the stakes are personal, and the set pieces small. The showdown of the superhero teams is confined to an airport runway, for instance.

The good news is that this Avengers movie in disguise keeps everything rather intimate for a superhero movie.

It’s also hard not to be a little cynical about the obvious corporate machinations of “Civil War,” like the introduction of Spider-Man and Black Panther—two characters who we already know are getting their own movies. Every moment with them feels like a trailer, and like the best trailers, we see only the finest stuff. “Civil War” dares you to not be won over by Holland’s youthful comedic charm and Boseman’s depth as the stoic prince in the killer suit.

We also can conjecture, for instance, that Spider-Man doesn’t ultimately have much of an impact on the plot because the actual Spider-Man movie will eventually come from Sony, not Disney. Does any of this really matter if the movies are good? No, of course not. We just know too much about the roadmap to make any of it seem spontaneous, surprising, and organic. Characters can’t just break out from the pack on their own merits. If they could, Marvel probably would have resurrected the idea for a Black Widow movie by now.

The thing is, Marvel makes it funny, and that charm and care is what has and will keep audiences coming back over and over again.