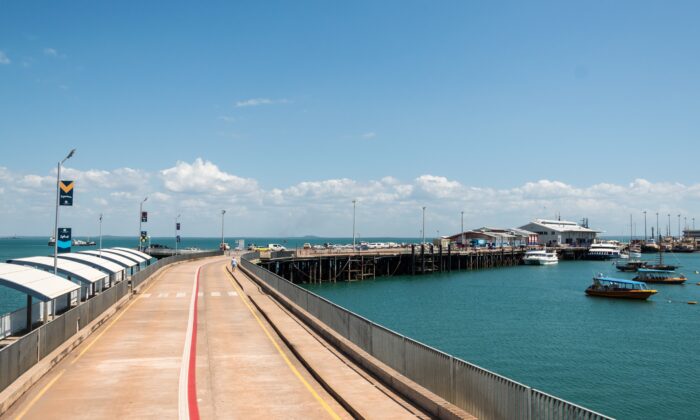 The Australian Defence Department has completed its assessment of the controversial Chinese-leased Port of Darwin, signalling an impending decision from the federal government on whether to scrap the deal.

Peter Tesch, deputy secretary of strategy and policy at the Department of Defence (DOD), said the review, which the national security committee ordered in May, had been handed to the government.

“We are now working with other agencies about facilitating consideration by the government of that information,” he told a Senate Estimates hearing on Oct. 27.

The review also encompassed a deal where a Chinese-backed company acquired a 50 percent share in the Port of Newcastle in March 2018, but no immediate concerns were found.

Foreign Minister Marise Payne, who exercised the new powers granted to her under the Foreign Relations Act, ordered the cancellation, citing a conflict with Australia’s national interest.

The newly legislated law also opened the door for other deals signed with the Chinese Communist Party (CCP)-affiliated bodies to be scrapped, including Confucius Institutes and sister-city agreements.

However, the Port of Darwin has been a significant source of concern among defence experts and political leaders.

Prime Minister Scott Morrison in late April said he would not hesitate to terminate the deal if advised to.

“You can expect me as prime minister to take that advice very seriously and act accordingly,” he added, noting that such a move would be carried out by the treasurer under amendments to the Security of Critical Infrastructure Act 2018.

In response, Morrison—who was treasurer at the time—expanded the remit of the Foreign Investment Review Board so that all Australian asset sales to foreign entities would be subject to federal approval.

In 2016, the billionaire owner of Landbridge, Ye Cheng, boasted that acquiring the Port of Darwin would assist with the expansion of Beijing’s Belt and Road Initiative (BRI).

The BRI is the CCP’s trillion-dollar global infrastructure building fund and arguably the “crown jewel” of Beijing’s geopolitical ambitions.

However, it has been accused of being a “trojan horse,” leaving developing countries heavily in debt and potentially being leveraged for military or spying purposes.