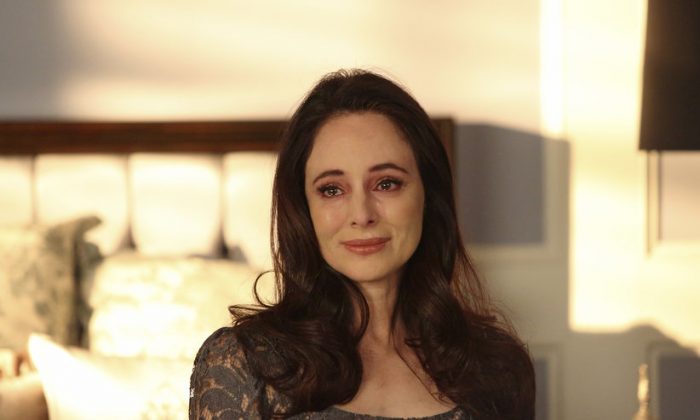 Revenge on ABC is certain to be renewed for a season 4.

That’s according to the number crunchers at Zap2It. A formal announcement isn’t expected until April or May.

About eight episodes are left in season 3, including the one airing on Sunday night.

Let’s check out what we know about season 4 so far:

-Barry Sloane (Aiden)  might not return, according to TVLine. He’s on the top of casting directors’ wish lists and is testing the pilot-season waters this year. Bosses at ABC and the show approved the testing but the U.K. native has an option to return for season 4 and producers expect to exercise that in some form–he’ll have a recurring role if not a regular one.

-Karine Vanasse (Margaux LeMarchal) has been promoted to a series regular for season 4, reported Deadline.

-Season 4 might not be the last one. ABC President Paul Lee said on a panel earlier this year that writers have a great idea of how to keep it going for many more seasons. “There’s a long way to go with Revenge,” he said, noting that it’s a self-starter.

-Show executive producer Sunil Nayar told TVLine that he expects a season 4 but envisions an ending. “We all feel very confident that there will be a fourth season of the show, and obviously, we’re already trying to think of that now. We all have a belief that the show could go on as long as we keep changing the parameters of what the show is,” he said. “The show has legs to keep running for a long time, but obviously, we all hope, and I would imagine even at the network, too, that when the show is going to finish, that we have a chance to finish it correctly, because it would be so unfun for us and for the fans to to not have a resolution. So we definitely want to make sure this is a story that has an ending when it’s done.”