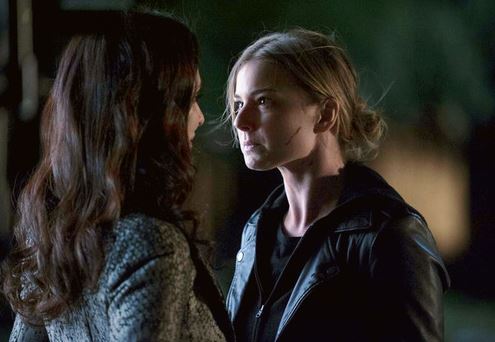 The Revenge season 3 finale will air on May 11 and include a major death.

The death leaves Emily sobbing, revealed executive producer Sunil Nayar. It could be Daniel, who Nayar said will be in peril by the end of the season.

“I promise it will be surprising and impactful and alter the journey of all the characters on the show,” Nayar told TVGuide.

Basically every other character will have a cliffhanger, Nayar said while noting to pay attention to the final two scenes in particular.

Nayar told TVLine: “Emily and Victoria have scenes in the finale that are going to blow the audiences’ minds… and the performances that Emily [VanCamp] and Madeleine [Stowe] put into this are so good.”

Now that Aiden knows Pascal was involved in his father’s murder, that will be a plot point in the finale.

I can’t wait for people to see is what Aiden ends up trying to do to get resolution for himself and for Emily,” Nayar said.

“It’s going to be a totally different show next season — a reincarnation,” Nayar said.

The season finale is titled “Execution.”