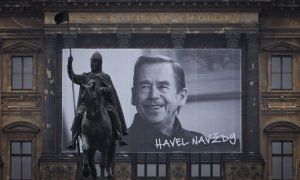 Assault of the Family Under Totalitarianism, Then and Now
0
Share Now
TelegramFacebookTweetEmailTellMeWeReddit
Copy Link 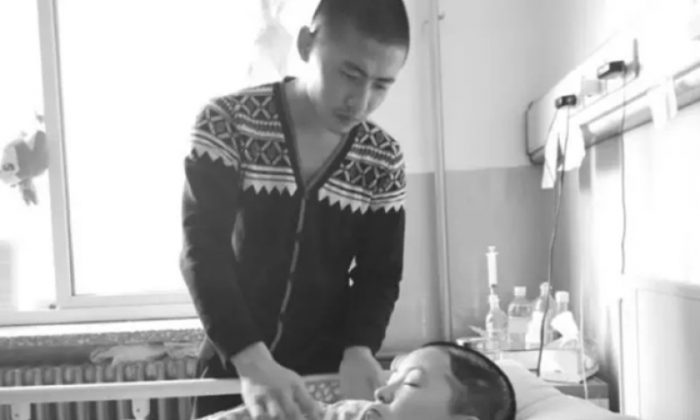 For about 8 months, Liu Feng was arguably the best boyfriend in China—until his then comatose girlfriend woke up and revealed that her devoted caretaker and lover was the one who knocked her out in the first place.

“This is the girl I am going to stay with and look after for the rest of my life. I will feel happy and blessed just to push her around in a wheelchair,” said Liu Feng, a 25-year-old native of Dalian City, Liaoning Province, in 2014, according to the semi-official news outlet Southern China Web.

Liu had made headlines for attentively caring for his 22-year-old girlfriend Lin Yingying, who had slipped into a coma after supposedly taking a bad fall at the bakery they ran together. The incident, which happened on Sept. 21, 2014, left Lin with acute severe traumatic brain injury, cerebral contusions and lacerations. Lin had to undergo two brain surgeries and was hospitalized for more than 100 days.

Lin eventually regained the ability to speak in May, and Liu’s story and image of the perfect boyfriend crumbled.

While Lin was hospitalized, Liu the boyfriend had changed her diapers, gave her massages, fed her six times a day, and even borrowed over 200,000 yuan (about $30,690) for her medical treatment. In January 2015, Lin Yingying was discharged and came under the care of Liu Feng.

The first cracks in Liu Feng’s story of undying love and adoration first surfaced that January. Liu had consistently blocked attempts by Lin’s parents to visit her, and after a particularly heated argument with Lin’s mother, his girlfriend’s family brought her home in February.

Lin eventually regained the ability to speak in May, and Liu’s story and image of the perfect boyfriend crumbled.

Liu told her not to breathe a word about the domestic violence, otherwise he would ‘kill everyone in your family.’

According to Lin, Liu had bashed her in the head with a rolling pin until she lost consciousness after she had accidentally burnt over 20 buns at their bakery, according to Hong Kong news media Oriental Daily. When Lin regained consciousness but was still unable to speak, Liu told her not to breathe a word about the domestic violence, otherwise he would “kill everyone in your family.”

Before Lin Yingying could speak, however, her parents had started to suspect that her boyfriend was no knight in shining armor. Lin’s father grew increasingly uneasy over time because Liu Feng had never been able to explain clearly how his daughter had slipped. The final straw came when Liu prevented them from seeing Lin after she was discharged.

Lin later revealed that Liu was prone to violence: In September 2013, Liu had punched her in the chest after she failed to put away her cellphone after he asked her to do so. Another time, Liu bruised Lin’s face so badly that they decided to check into a motel for a couple of days and avoid going home to Lin’s family.

Today, Lin Yingying is still recovering from the bakery bashing, and is presently working on standing up unassisted, reported Chinese news portal Tencent on March 7. Her parents made a police report after hearing her story, but Liu Feng has since vanished without a trace—even his mother doesn’t know where her son went.

Domestic violence in China is believed to take place much more commonly than it is reported. About one in four married women have been violently abused by their spouses at some point, according to the Communist Party-affiliated All-China Women’s Federation, yet the organization receives less than 50,000 complaints per year, according to China Daily. The issue was formally addressed in legislation for the first time last December, when the National People’s Congress passed a law to criminalize domestic abuse between family members and cohabitants.