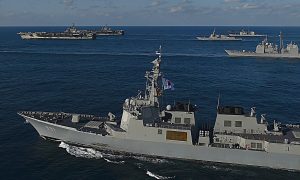 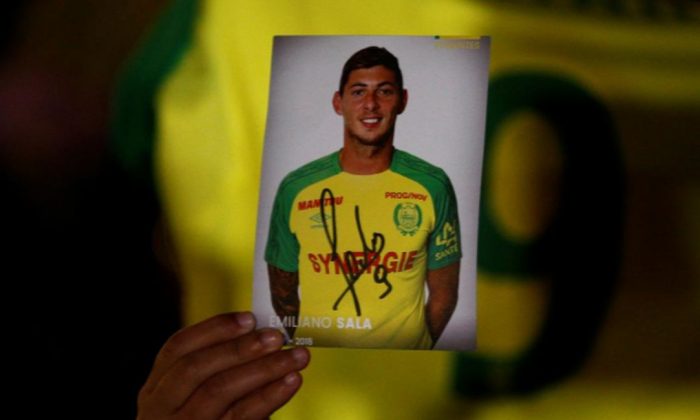 Officials in the United Kingdom said there is likely no chance that Premier League soccer player Emiliano Sala would be found alive. (Stephane Mabe /Reuters)
UK

Officials in the United Kingdom said there is likely no chance that Premier League soccer player Emiliano Sala would be found alive after a recording emerged of a voice message he sent from his plane before it disappeared over the English Channel.

“I’m in the plane and it looks like it’s going to fall apart,” Sala reportedly said. “Dad, I’m really scared.”

Sala, of Argentina, was slated to make his debut in the English Premier League and play for Cardiff City.

He had signed a $19 million contract with the club just last week, according to the New York Post.

Police on Tuesday said the chance of finding survivors was slim and the prospect appeared bleaker a day later.

His plane disappeared while he was traveling to Cardiff from Nantes, France.

In a tweet on the afternoon of Jan. 23, Guernsey Police said a search of about 280 square miles had been completed over the last five hours.

“There is as yet no trace today of the missing aircraft,” the department wrote on Twitter.

280sq. miles of our targeted search pattern using multiple aircraft from the Channel Islands, France and U.K. has been completed over the last five hours.

There is as yet no trace today of the missing aircraft.

“We’re up there looking for stuff that we don’t expect to find,” John Fitzgerald, chief officer of the Channel Islands Air Search, told Reuters. “If there was anything on the surface I think we would have found it on the first night because the weather conditions were really good.”

Britain’s Air Accident Investigations Branch said it had opened an investigation into the disappearance of the U.S. registered aircraft he was in.

A decision about whether to recommence will be taken early tomorrow morning.

There will be no further updates tonight

Supporters in Nantes laid yellow flowers in the city center.

On Jan. 22, police said the chance of survival is slim.

“There’s no chance. You’d have to be really, really fit to survive even four or five hours in the water,” Fitzgerald told Reuters.

His father told The Associated Press he’s running out of hope.

“I don’t know what to think. … The hours pass and I am just beginning to think the worst,” Horacio Sala told the news agency. “We were in touch on Sunday. He was so happy that he was going there, to an even bigger club.”

Sala’s last post on Instagram, meanwhile, was a photo with Nantes players with a message that translates as “the last goodbye.”

When he signed with Cardiff, he stated, “I can’t wait to start training, meet my new teammates, and get down to work,” AP reported.

Cardiff Chairman Mehmet Dalman, meanwhile, stated that the soccer team had not organized his travel plans, saying. “He declined and made his own arrangements.”