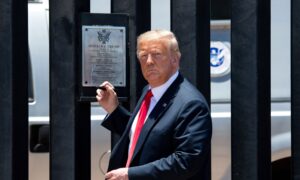 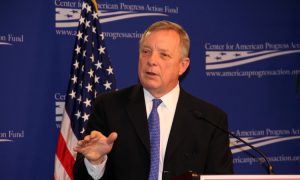 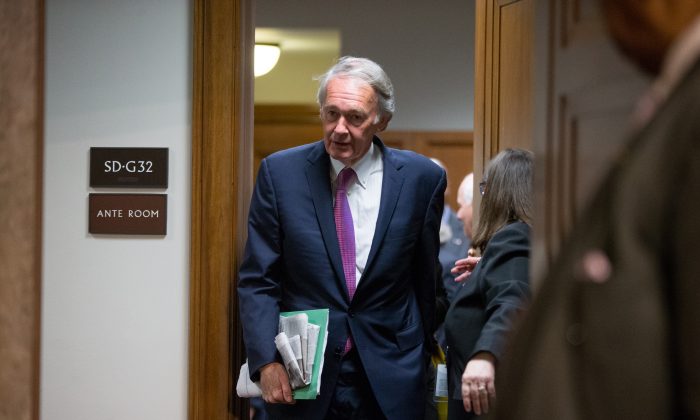 Sen. Ed Markey (D-Mass.) said that some Americans should be provided $12,000 in the midst of the CCP virus pandemic.

Markey along with Sens. Kamala Harris (D-Calif.) and Bernie Sanders (I-Vt.) have, for months, sought to provide $2,000-per-month payments to “everyone,” lasting “until the end of this crisis,” said Markey.

“Let’s get that $12,000 into their pockets ASAP, and then keep the money flowing,” he wrote in a statement on Twitter.

The measure, known as the Monthly Economic Crisis Support Act, would get $2,000 per month for every month that has passed since the COVID-19 pandemic started in March. In addition, they would last until the pandemic ends, but it’s not clear what factors would determine its end.

“Why be so cheap? Give everyone $1 million a day, every day, forever. And three soy lattes a day. And a foot massage. We have a magic money tree—we should use it!” Cruz wrote.

But Markey stressed that it’s not “a joke,” adding that “millions of families are facing hunger, the threat of eviction, and the loss of their health care during a pandemic that is worsening every day.”

With the GOP controlling the Senate, and negotiations currently stalled over the next round of COVID-19 aid, it appears unlikely that Markey’s proposed bill will see the light of day. Both Republican and Democratic lawmakers have not been able to make a compromise on the details of the GOP-proposed HEALS Act, expanded unemployment benefits, liability protections, and funding for state and local governments.

However, should Harris be selected as presumptive Democratic presidential nominee Joe Biden, the $2,000-per-month plan might become a campaign talking point.

Millions of jobless Americans could be financially squeezed this month after the expiration of a $600 weekly supplement to unemployment benefits, the winding down of eviction moratoriums across the country, and the end of the Paycheck Protection Program, which supported small businesses, according to some experts.

Top Democrats over the weekend and on Monday have signaled they were willing to return to negotiations. Treasury Secretary Steven Mnuchin on Monday also showed a willingness to talk and “put more money on the table,” according to a televised interview he gave.

The expanded unemployment benefits were sent out under the CARES Act, passed in March to offset losses suffered during the CCP (Chinese Communist Party) virus pandemic.