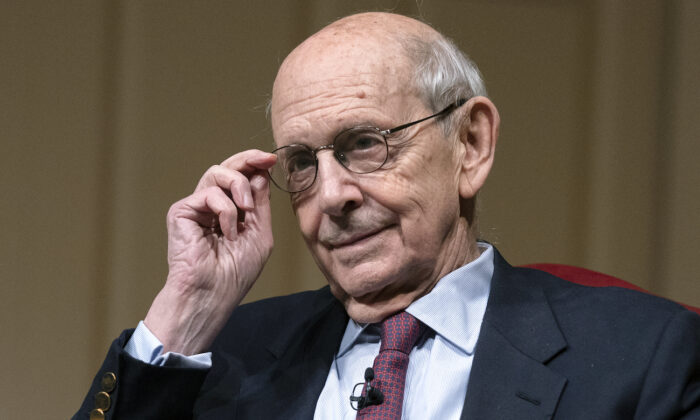 Former U.S. Supreme Court Justice Stephen Breyer has been appointed as a professor at Harvard Law School, where he previously taught for more than a decade.

In a release, the school said 83-year-old Breyer’s appointment at the school as the Byrne Professor of Administrative Law and Process is “effective immediately.”

“The Byrne chair, which [Breyer] will now hold alongside Professor Todd Rakoff ’75, was previously held by Justice Felix Frankfurter LL.B. 1906 from 1924 until his appointment to the Supreme Court in 1939,” Harvard Law School announced.

Breyer, an appointee of Democratic President Bill Clinton, joined the Supreme Court in 1994. He retired from the court on June 30 after having served on the Supreme Court for almost 30 years. He was succeeded by Justice Ketanji Brown Jackson.

Breyer graduated from Harvard Law School in 1964 and joined the Harvard faculty where he taught from 1967 to 1980. He also held a joint appointment at the Kennedy School of Government from 1977 to 1980.

According to Harvard, Breyer will “teach seminars and reading groups, continue to write books and produce scholarship, and participate in the intellectual life of the school and in the broader Harvard community.”

“I am very pleased to return to Harvard to teach there and to write,” Breyer said in a statement. “Among other things, I will likely try to explain why I believe it important that the next generations of those associated with the law engage in work, and take approaches to law, that help the great American constitutional experiment work effectively for the American people.”

Cass Sunstein, a professor at the faculty, praised Breyer’s scholarship in administrative law.

“More than anyone, Breyer has injected regulatory policy into administrative law, and demonstrated that the two must be studied in tandem,” Sunstein said in a statement. He also praised Breyer as a colleague. “[Breyer] is a generous critic, full of constructive suggestions; he combines natural academic instincts with practical experience, which leads to some unique, and uniquely valuable, perspectives on other people’s projects.”