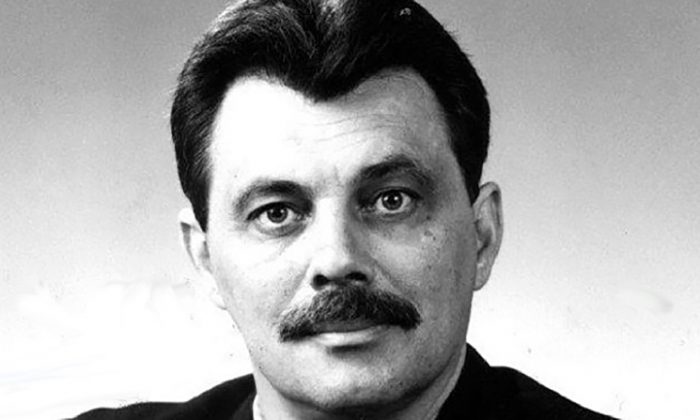 A man who finally retired after surviving two tours in Vietnam and 34 years walking a beat on the streets of Chicago met his end at the hands of a man he was trying to help.

Chester Hornowski lived a tough life, but never lost his compassion. In Chicago, and later in the tiny town of Mountain Home, Arkansas, Hornowski ran a low-budget rooming house where people who were down on their luck could stay while working to make a fresh start.

According to Officer.com, Hornowski, 71, was discussing a noise complaint with one of his tenants on Dec. 5 when the tenant lost his temper and became violent.

Baxter County deputies visited the boarding house in response to a call about a possible shooting. Just as they drove up Penny was trying to flee in his pickup truck. Penny drove right at the officers. Two of them fired at his truck to stop it. Penny crashed into one of the deputy’s vehicles and the deputies took him into custody.

Penny was charged with first-degree murder and remains incarcerated at Baxter County Jail.

A Long Career, Hopes for a Peaceful Retirement

Mountain View, 20 miles from the border with Missouri, has become a haven for retired Chicago policemen—a community where they could retire and be among friends. The community is similar to California’s Simi Valley—a place where people who have spent a career dealing with crime and criminals can swap stories with others who can understand.

Hornowski’s rooming house wasn’t about making money, said George Mocodeanu, who grew up with Hornowski in Old Irving Park. It was all about helping people who needed shelter from the storm.

Mocodeanu said he spent many mornings during the 19790s and 1980s sitting in Hornowski’s patrol car, sipping coffee and talking politics.

“He was like a big brother to me,” Mocodeanu told the Chicago Sun-Times.

Hornowski spent 34 years on the streets of Chicago as a police officer, and also served 36 years in the National Guard, retiring in 2001.  After that, he began to take his interests in politics more seriously.

Hornowski ran for several elected positions including mayor, alderman, and the state and federal Congress. The only race he ever won was for 35th Ward Republican committeeman.

A Desire to Help Others

Tina Butler was another longtime friend of Hornowski’s. A retired City Council sergeant-at-arms, Butler spent much of her life working for Alderman Richard Mell in Chicago’s 33rd Ward. She, like George Mocodeanu, remembered Hornowski “like a brother.”

Butler said Hornowski kept trying to win elections not to gain power, but to improve his community. As an officer policing the streets, he had a lot of experience dealing with the real problems people faced every day, and he thought he could use that knowledge to help his neighbors.

“It was not ego,” Butler averred. “It was because he wanted to be in a position where he could help more people.”

“What I’m good at is law enforcement,” Hornowski told the Chicago Sun-Times during a failed run for 35th Ward alderman in 1991. “I know how to bridge the gap between the community and law enforcement.”

While he might not have succeeded in politics, he was a very good beat policeman, Butler stated.

“He could defuse a situation with humor and calm, or toughness if he needed it.”

The irony of Hornowski surviving the Vietnam War, and more than three decades as a policeman on the streets of Chicago, only to die at the hands of a drifter in rural Arkansas, was not lost on his friend Tina Butler.