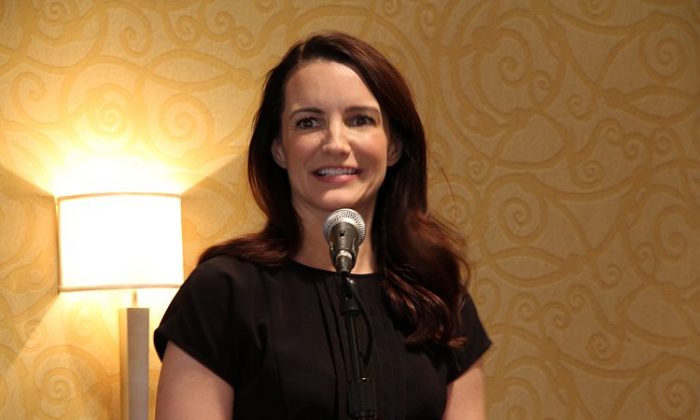 When multinational companies started mining for gold near Kerene Keita’s home in Senegal her cow and two calves died from polluted drinking water. With the help of an international nongovernmental organization, however, Keita was able to fight back, taking legal training and working with the community to form a monitoring and negotiating committee.

Keita, one of the millions of women that have received international aid, was empowered by that process, but there is much more to do.

According to the U.N., women are the backbone of communities around the world—performing two-thirds of the world’s work and producing half of the world’s food. Yet, they earn only one-tenth of the world’s income and own less, a mere 1 percent, of the property.

The statistics do not end there. Of the 876 million illiterate adults in the world, over two-thirds are women.

Thus, in the lead-up to International Women’s Day on March 8, nongovernment organizations (NGO) have chosen to highlight these inequities, focusing their campaigns on improving education and resources for women—most particularly in the developing world where women are most disadvantaged.

The theme of International Women’s Day this year is declared Empower Rural Women—End Hunger and Poverty, by the U.N., which has observed the day since 1975.

America is the biggest international aid donor, supplying roughly half of global food aid annually, according to USAID. In 2010 alone, the United States spent $2.3 billion in purchasing food for aid.

While Americans are “generous” and the United States has “amazing opportunities” to help feed the world’s people, says Sarah Kalloch, a campaign adviser for NGO Oxfam, it could be much more effective.

U.S. regulations require that food for aid is purchased from preferred growers and that three-quarters of that food is shipped on U.S. flag vessels. That process is costly, argues Oxfam America in a statement. It is also slow, sometimes taking four to six months for food to arrive—in many cases too late for the needy in a crisis.

Speaking at an Oxfam, International Women’s Day event in Washington, March 7, Kalloch said, “We are here today to make a couple recommendations to members of Congress about how they can do that [give food aid] better.”

Oxfam would like USAID to focus more on creating autonomous farming communities that can learn new techniques and become independent of continual aid.

“We are looking for more support for property focused foreign aid,” Kalloch said.

Presently only 1 percent of U.S. aid goes toward buying property, but owning property is particularly pertinent to women who, with so little access to land worldwide, have little chance of growing their own food if conditions are right.

In sub-Saharan Africa, for example, where many men are forced to leave home in search of work, 31 percent of households are headed by women but have few resources to provide for their families.

Regulations requiring that food aid be purchased from preferred buyers is another issue. When one area of a country is in crisis, it is often the case that another area in the region has an abundance of food that could be bought at less cost and greater speed than being shipped from overseas.

“We want to encourage the United States government into buying food there, stimulating local markets, helping farmers there, and getting food to people fast,” Kalloch said.

Sisters on the Planet

Oxfam’s recommendations may be difficult to meet. The Atlantic Monthly reported last month that lobbyists in D.C. were working hard to ensure vested interests are met, but women’s groups have become a powerful force of their own.

The D.C. event was one of many held around the United States as part of International Women’s Day celebrations for Sisters on the Planet, an Oxfam initiative that brings together prominent women with a specific focus on political and social action for women.

The United States has 300 Sisters on the Planet ambassadors that include members of Congress, civic and philanthropic leaders, artists, and actors.

Valeria Jarrett, senior adviser to the president and Michelle Obama, was a keynote speaker at the event and Sister’s ambassador, Kristin Davis, better known as Charlotte Goldenblatt in “Sex and the City,” gave welcoming remarks.

Kalloch said women are the ones largely responsible for family and community, so “every day was women’s day for women around the world.” But March 8 was special.

“We just get an outpouring from women because there is only one day of the year that is International Women’s Day,” she said.