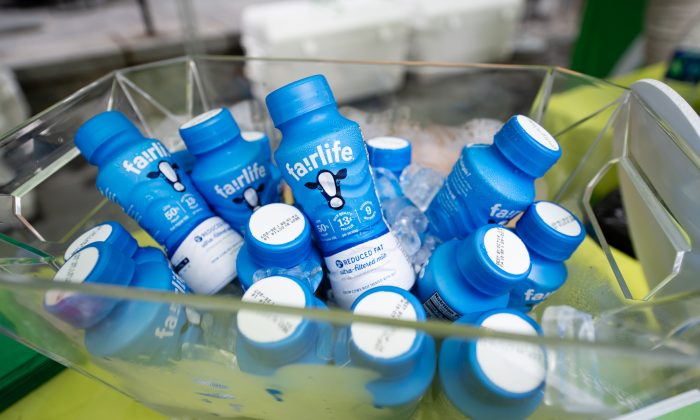 Warning: Video may be distressing for some viewers.

Fair Oaks Farms, one of the largest dairies and producer of dairy goods in the United States, has been accused of carrying out systematic abuse against calves at its premises in northern Indiana. The allegations were made by the non-profit organization Animal Recovery Mission (ARM), an organization with a mission to eliminate extreme animal cruelty operations worldwide.

The group had secretly filmed farm employees allegedly throwing, slamming, kicking, and hitting the calves with objects. ARM also alleged that the employees stabbed and beat the calves with steel rebars, provide the animals with improper nutrition, and denied the animals medical attention.

Following the video’s release, retailers like Strack & Van Til, Jewel-Osco, and Family Express have announced that they are dropping Fairlife products from their shelves, reported The Northwest Indiana Times. Fairlife is the flagship brand of dairy products produced by Select Milk Producers and The Coca-Cola Company. Fair Oaks Farms is a subsidiary of Select Milk Producers, according to its website.

One of the retailers, Family Express, described the content of the video as “chilling.” The company said in a news release that its decision was made due to Fair Oak’s public response that the video was showing an isolated incident, reported the newspaper.

“This is hardly the response you would expect from an organization that gets it. The minimizing of the graphic animal cruelty offers little assurance of change in a culture that is likely in need of fundamental retooling,” the retailer said in the release.

“We acknowledge the need for humane treatment of animals and the need to hold individuals that have gone beyond an acceptable farm management practice accountable for their actions,” the department said in a statement to the newspaper.

“We will work with the Newton County prosecutor’s office to file charges for any criminal activity the independent investigation revealed. We anticipate cooperation from both parties in this matter during this investigation.”

Responding to the video, Fair Oaks Farms Founder Mike McCloskey said they were first made aware of ARM’s undercover operation months ago but were not aware of what footage was captured by the group. They said in their recent statement that they were “disgusted by and take full responsibility for the actions seen in the footage.”

“[I]t goes against everything that we stand for in regards to responsible cow care and comfort. The employees featured in the video exercised a complete and total disregard for the documented training that all employees go through to ensure the comfort, safety, and well-being of our animals,” McCloskey said in the statement.

“It is a shock and an eye-opener for us to discover that under our watch, we had employees who showed disregard for our animals, our processes and for the rule of law,” he added.

McCloskey said after reviewing ARM’s video, they have identified five individuals involved in the allegations. He said four of them were the farm’s employees, while another individual worked for a third party transportation company who was hired to pick up the calves.

He added that three of the employees had already been fired before the undercover video was received. He said, “[The individuals] were identified by their co-workers as being abusive of our animals and reported to management.”

The fourth employee involved has been fired since the video was released. McCloskey added that he will notify the transportation company to inform them about their employee’s alleged behavior.

“It is our position that any companies that come in contact with [the] transportation of our animals, should be well-versed in and adhere to our industry’s animal welfare practices,” his statement said.

He also added, “I am and will continue to be deeply involved in the resolution of this matter, down to every one of our employees, so that I can guarantee that these actions never again occur on any of our farms.”

The Coca-Cola Company has also released a statement to the Times responding to the allegations, saying they have been in contact with Fairlife, who has “full confidence in their management team to urgently address this issue with Fair Oaks Farms, which is a third-party supplier to Fairlife.”

“They recognize the seriousness of this situation as their founding principles are grounded in a strong commitment to sustainability, transparency and the highest standards of animal welfare,” they added.